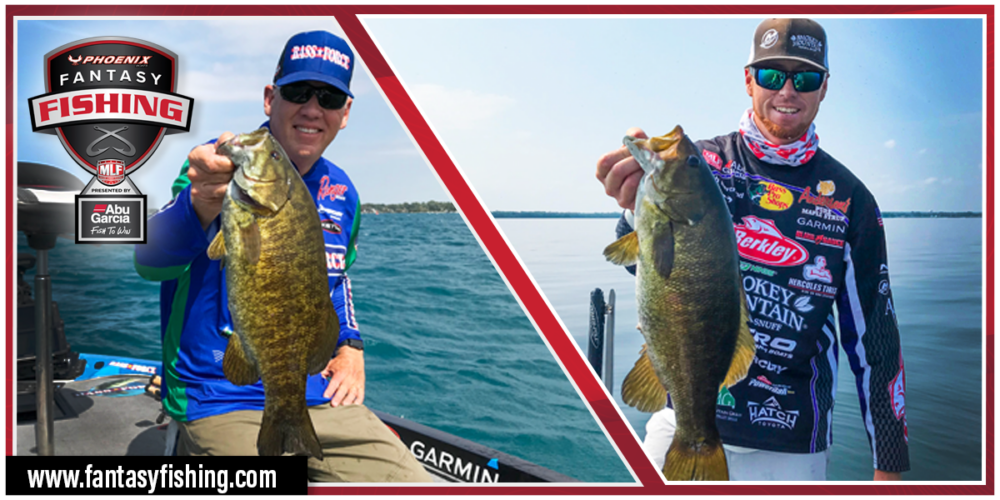 For the final time in 2022, it’s time to make your Phoenix Fantasy Fishing Presented by Abu Garcia picks. Bass Pro Tour pros (and ardent fantasy sports players) Alton Jones and Josh Bertrand are back to share their picks to help you get a leg up on the rest of your individual league (or against the entire fantasy fishing world).

Bertrand and Jones – who both have top 15 finishes on Mille Lacs Lake to their credit – have been doing their research for Bally Bet Stage Seven Presented by Minn Kota, here’s how their fantasy rosters shake out.

AJ: Dakota Ebare is my first guy off the board in Group A. He’s proven on both the Bass Pro Tour and the Tackle Warehouse Pro Circuit that when you go smallmouth fishing he’s a force to be reckoned with. He’s great with forward-facing sonar and he’ll be great this week.

I’m taking Fred Roumbanis as my guy below 40 because he has the ability to do really well in smallmouth events. I’ve seen him bring in some monster bags of smallmouth over the years when we’ve fished up north, so I have a feeling he’ll be able to have a strong showing on Mille Lacs.

To round out my picks in Group A, I have Jordan Lee, Michael Neal and Brent Ehrler. I feel like Jordan and Michael are no-brainers because they’re fishing better than almost anyone right now. Brent is great with electronics and a finesse-fishing master.

JB: The first angler I went with is Jonathon VanDam because he’s just a northern smallmouth hammer. He’s from Michigan, which is pretty close to Minnesota, obviously. He finished eighth in a tournament on Mille Lacs in 2017 when I fished against him, so I know he has what it takes to do well here.

Instead of just going with one of the Lee Brothers, I’m going to go ahead and take both of them. Both of them really understand electronics and forward-facing sonar, and I know that’s going to be a big player this week. They’re both great with spinning rods and drop-shots. A little insider knowledge: I’m in a fantasy football league with those guys, and we have our draft the day before practice starts. I think because of that, they’re going to have that extra competitive edge to them.

Brent Ehrler is another guy I have because he’s just so good with a spinning rod. Anytime there’s a tournament where spinning rods are going to be predominant, Ehrler needs to be on your roster.

AJ: Let’s just get it out of the way first—if you’re not picking Jacob Wheeler then you’re missing out on a for-sure Top 10 finisher. He hasn’t missed a Top 10 all year and he won’t miss it this time either.

I’m going to go with myself as my second pick because I’ve only missed two Top 10s all year. I really like fishing on Mille Lacs and I’ve had some solid success there in the past. I’ve spent a lot of time pre-fishing and graphing up here just preparing for this event. I’ve been looking forward to this event more than any other event this season.

Alton Jones Jr. is another guy on my roster. Not just because he’s my son, but because he’s great at forward-facing sonar. I’m also going with Mark Davis because anytime you can slow down and fish with soft plastics or a jig, Mark seems to get the job done.

I’ll round it out with James Elam. He’s a finesse specialist and gifted in using his electronics. Bottom line: if you’re not good with your electronics you won’t be good at this event.

JB: The first guy I have from Group B is James Elam. I’ve fished against him twice on Mille Laces, and he’s had a Top 5 finish both times. He’s also a guy below the Top 40 in the REDCREST qualification standings, so it’s really a two-for-one with him. I just have a really good feeling about him.

I feel like Justin Lucas is a must-have on your roster for this event. He’s a master with a Berkley MaxScent Flat Worm and smallmouth. He’s had some experience on this lake before, so look for him to be in contention all week long.

I’m picking Kevin VanDam for the same reasons as Jonathon. With a last name like VanDam you have to pick them up north. This tournament can be easily won on a crankbait, and that’s Kevin’s bread and butter.

Finally, Jacob Wheeler. It’s like drafting Tom Brady in fantasy football. He’s the best doing it right now and you need to pick him every time.

Be sure to make your picks before Saturday, September 10 at 9 a.m. EDT. This will be the final event of the Bass Pro Tour season, so make sure you finish out the year strong at FantasyFishing.com.