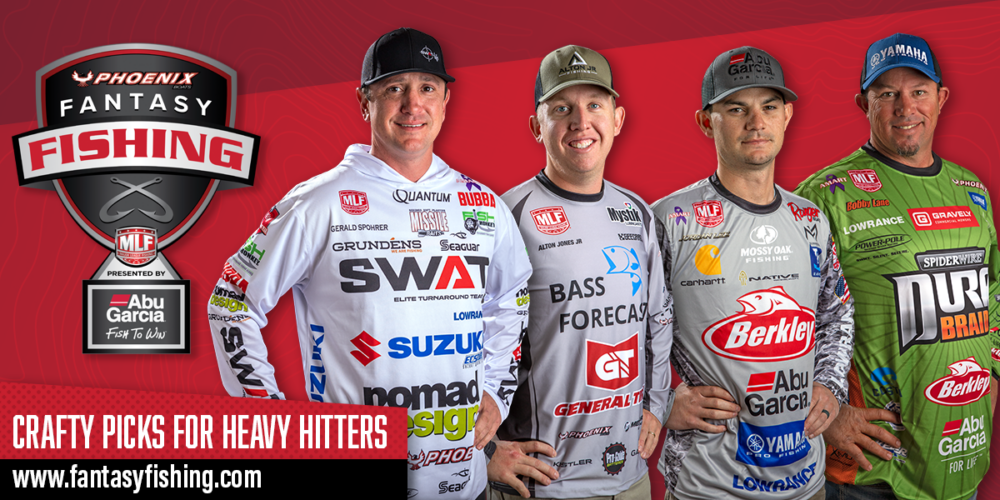 I’m bummed that I won’t be fishing on Lake Palestine this year for General Tire Heavy Hitters to try and defend my title. But I’m also excited about the stacked field and getting to watch them on one of the better big fish lakes in the country. Trying to pick some guys for my Phoenix Fantasy Fishing Presented by Abu Garcia team is going to be tough, but I have a few guys in mind that might rise above the rest.

I was really excited when I found out that Heavy Hitters was going to be on Palestine because I have a solid history there. I’ve fished three tournaments on that body of water and the worst that I’ve ever done is finish fourth. I have a win, a second-place finish and a fourth-place finish, so I feel like I know what it takes to perform well on Palestine. Unfortunately, I was unable to qualify this season, but I know how fun it’s going to be to watch these 32 pros battle it out.

The first guy I’m going with is Bobby Lane, for two reasons. First, the guy is obviously hot right now coming off of his REDCREST win on Grand Lake. Number two, this fishery sets up so well for him to fish his strengths. It’s a shallow-water power-fishing paradise and I know that’s how Bobby loves to fish.

I have to go with my son, Alton Jones Jr., even though he’s never fished Lake Palestine before. I know that may shock some people, but he’s another guy who’s also fishing quite well right now and a guy who can figure out how to catch them wherever we go. I think Palestine fishes pretty similar to Lake Fork, and Alton is coming off of a win there at Stage Two. Think of Fork with 10 times more timber — that’s Palestine. Also, Alton Jr. loves to throw a frog, and this lake has a great topwater/frog bite.

I’m picking Bryan Thrift because I know him and I just know he’s going to figure out a way to catch them winding a crankbait. I think he’s a guy who’s going to stay deeper while everyone else goes shallow. Because of that, I he might be able to locate a school and put a bunch of fish on SCORETRACKER®.

You have to go with a guy who’s won Heavy Hitters before, right? Jordan Lee is going to be a popular pick, and for good reason. Jordan is great at getting into places and areas that other guys don’t know how or aren’t willing to get into. That bodes well for him on a lake like Palestine where the timber doesn’t allow you to do a whole lot of running all over the lake. I think Jordan could be able to find a hidden group of fish that no one else can get to and maybe even win the whole thing by doing that.

Gerald Spohrer is a guy who I think can have a ton of success on Palestine. His Louisiana roots and knowledge of fishing Louisiana and East Texas lakes can really be a secret weapon for him against everyone else in the field. Palestine fishes very similar to the West Louisiana lakes he’s used to with some shallow vegetation and heavy timber. Plus, Gerald is another power fisherman and a guy who loves to throw a frog as well.

I’m picking Edwin Evers because he always does well in these smash-a-thon events. There’s going to not only be a lot of fish caught, but a lot of quality fish caught. Edwin is a guy who has proven he can win a lot of tournaments in the MLF format, while also catching big fish. So, Edwin has a chance to win not only by catching a bunch of fish, but also by catching bigger fish than the rest of the field.

Make your picks for Phoenix Fantasy Fishing Presented by Abu Garcia from now until Saturday, April 9, at 7:30 A.M. EDT. Go to FantasyFishing.com to compete against Alton Jones and thousands of others all season long.