What’s new at FantasyFishing.com in 2023? 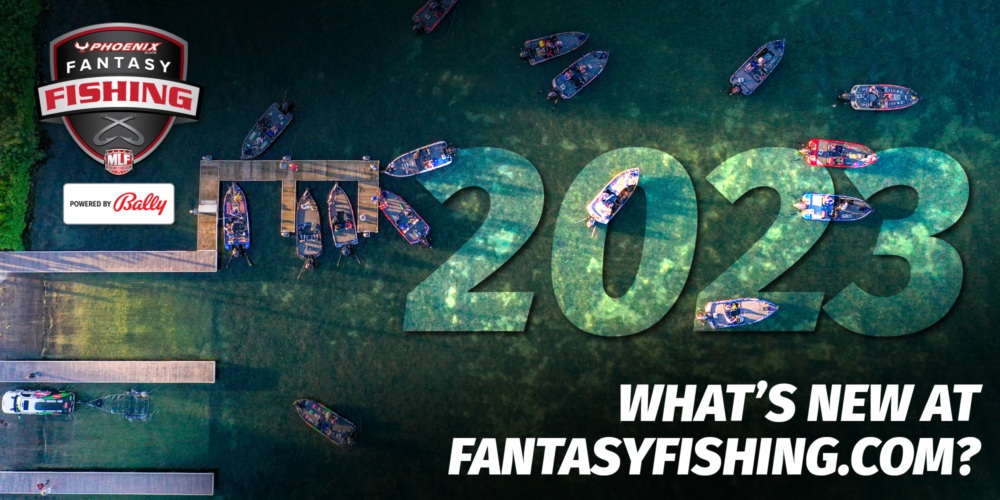 Phoenix Fantasy Fishing and the Abu Garcia Predictor Game Presented by Mercury are back for the second year at FantasyFishing.com. Registration is already open for you to pick your Fantasy Fishing team for Bass Pro Tour Stage One at the Kissimmee Chain of Lakes and Tackle Warehouse Invitationals Stop 1 at Lake Okeechobee, and to answer the six questions in the Predictor Game. There are also some slick enhancements to game play that will be in effect for the 2023 season.

It’s fun to battle your friends and family in leagues, but what if you were able to join or create a public league for anyone? Now you can with new public leagues. Managers will have the option to create one themselves or search for public leagues to join. Some public leagues offer great prizes for top finishers.

“Use Last Selections” protects you from forgetting to make picks

If you made your picks for a tournament and then forget to make picks for the next event, the 2023 fantasy game will allow you to ride with the same eligible anglers for the next tournament with the new “Use Last Selections” feature. Forgetting to set your lineup becomes a lot less painful, and keeps you in the running for season-long competitions. Simply activate the feature and the system will automatically roll over the eligible anglers you selected from the previous tournament.

No more zeroes for your team this season!

Last season, you could tell how your team was doing compared to others, but you had no idea who your competitors were picking. For 2023, though, you can now see which anglers other fantasy managers chose once the selections are officially locked for the current tournament.

You’ll also be able to go back to previous tournaments and see who other fantasy managers put on their team for all completed tournaments.

No more waiting to jump back into Fantasy Fishing for the next tournament. New tournaments will open for picks to be made the Monday following the end of the previous tournament. When the new week starts, your new picks can be made. Start your week off with some winning picks.

Picking a winning team is already hard enough, but getting the entire Top 10 right for any given tournament? That’s something that should be rewarded in a big way. Phoenix Boats, Toyota and Abu Garcia agree. That’s why if you correctly pick all Top 10 anglers for any regular-season tournament this season in any order, you’ll win a brand-new Phoenix 818 Pro bass boat, a 2023 Toyota Tundra Limited and Abu Garcia fishing gear.

That’s right, a new boat, truck and fishing gear for correctly picking the Top 10 for any regular-season tournament on either the Bass Pro Tour or the Tackle Warehouse Invitationals. With 13 different opportunities to pick the perfect tournament lineup, players’ chances to win a once-in-a-lifetime Fantasy Fishing prize have never been better.

Tens of thousands of MLF fantasy players will pick their teams every tournament throughout the 2023 season in hopes of working their way to the top of the worldwide leaderboard. However, only the two best — one for the Bass Pro Tour and one for the Tackle Warehouse Invitationals — can win an exclusive fishing trip with an MLF pro.

The season-long winner in the Bass Pro Tour competition gets an expenses-paid trip with pro Randall Tharp, while the Tackle Warehouse Invitationals winner will receive a similar trip with Greg Vinson.

But it’s not just Fantasy Fishing winners that earn a trip. If you win the Abu Garcia Predictor Game Presented by Mercury season-long competition, you’ll join Brent Ehrler on a fishing trip as well.

Even though there are only three grand prizes, the winning doesn’t stop there. The Fantasy Fishing players who manually pick their team and finish inside the Top 20 for any tournament for the Bass Pro Tour and Tackle Warehouse Invitationals will win an Abu Garcia Vengeance combo. The Top 20 for the Predictor Game will take home Abu Garcia Elite Max spinning reels.

First- and second-place finishers in each game will also receive gift cards from Pure Fishing. First place will earn $150 with second place receiving $100.