Canada Leads at Pan Am

Team USA is right behind them after a banner morning on Lake St. Francis 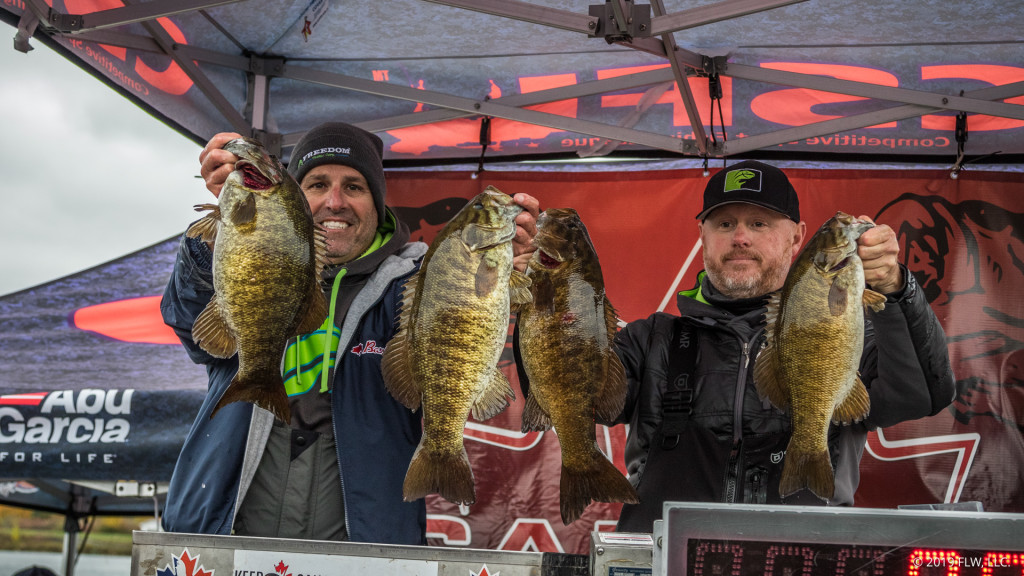 The first session of competition in the Pan American Bass Championship on Lake St. Francis was a roaring success. After the morning weigh-in, Team Canada is leading with an average of 21.16 pounds, Team USA is in second with a 19.6 average, Team Akwesasne First Nation is in third with 18.62 and Mexico had an up and down morning to accrue a 17.24-pound average.

Overall, the fishing in the morning was phenomenal, and some anglers seem to think it could be even better in the afternoon.

The final weigh-in starts at 5 p.m. ET and can be watched live on the CSFL facebook page. The awards ceremony takes place later tonight.

The individual morning results are below: