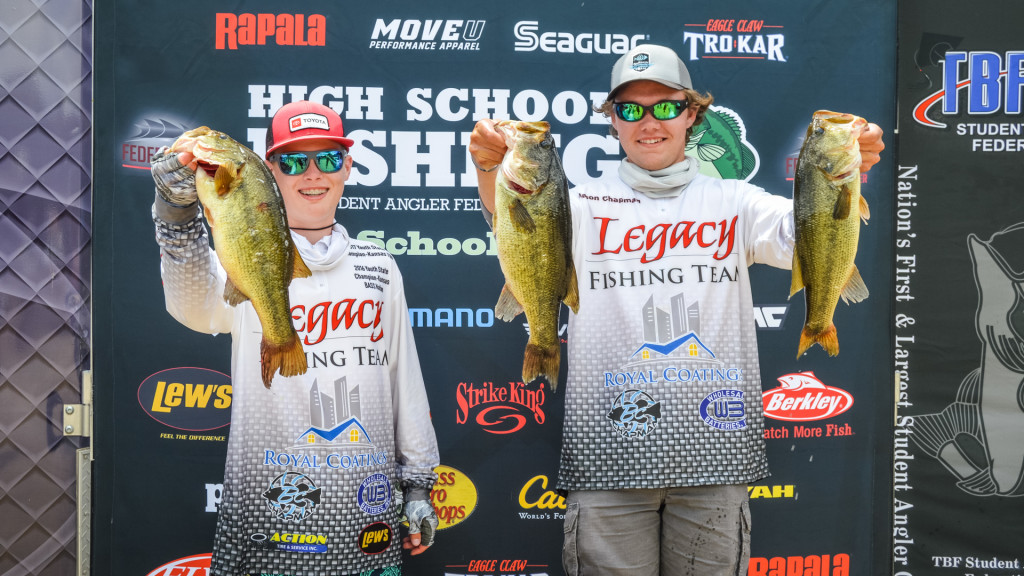 Day one of the three-day Student Angler Federation High School Fishing National Championship is in the books, and the Mississippi River near La Crosse, Wis., didn’t disappoint anyone in the tournament, especially the top three teams.

Ryder Mains and Mason Chapman, fishing for Legacy Christian Academy out of Lenexa, Kan., brought in the biggest three-fish limit with 11.11 pounds of largemouth bass; well over the 2-pound average most thought would be the norm.

“It went way better than expected,” Chapman says. “We caught nearly all our day’s total weight within the first half-hour.”

Inside 30 minutes, Mains and Chapman had 10 pounds in the livewell. Their largest fish, a 4.4-pounder, was in the landing net after only 15 minutes. Both agreed they landed 25 fish throughout the day, nearly all being keepers. They found fish in shallow and mid-range depths, as long as it was near deep water.

“We found a pattern and stuck to it,” Mains adds. “And we think we can put this back together tomorrow.” 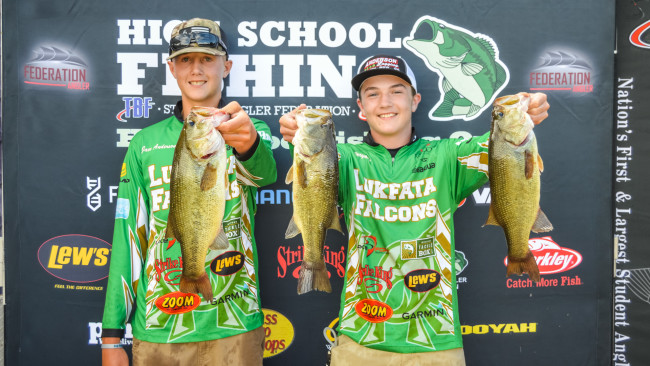 Fishing for the Lukfata Falcons, Jason Anderson and Brayden Harcrow placed second on day one with 10.02 coming to the scale.

Their fish all came shallow, with quite a few strikes missed. Obviously, they didn’t blunder the right bites

“We got out of there to leave a few for tomorrow,” Anderson says. “Hopefully they’re still there.” 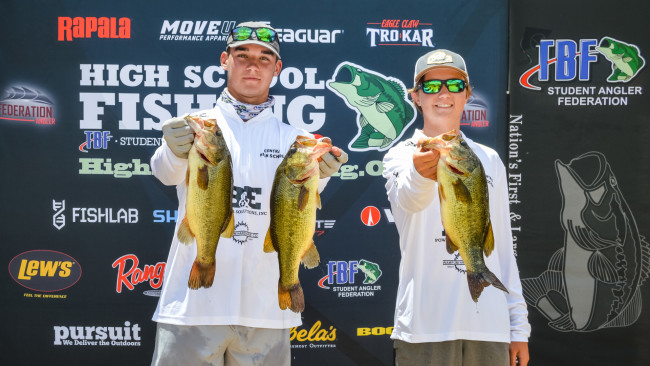 The third spot was filled by Jerry Brumbaugh and Hunter Klotz, fishing for the Central Dragons. Like so many others, their tactics took them to skinny water, where they found a steady bite throughout the day. Their better fish came early.

“We went expecting these good ones, and it paid off,” Brumbaugh says. “And we got out of there to keep some for tomorrow.”

The High School Fishing National Championship is a three-day event that runs concurrently with the High School Fishing World Finals. More than 300 teams are competing in the World Finals, with 194 of them simultaneously competing in the National Championship. More than $3 million worth of scholarships and prizes are on the line this week.