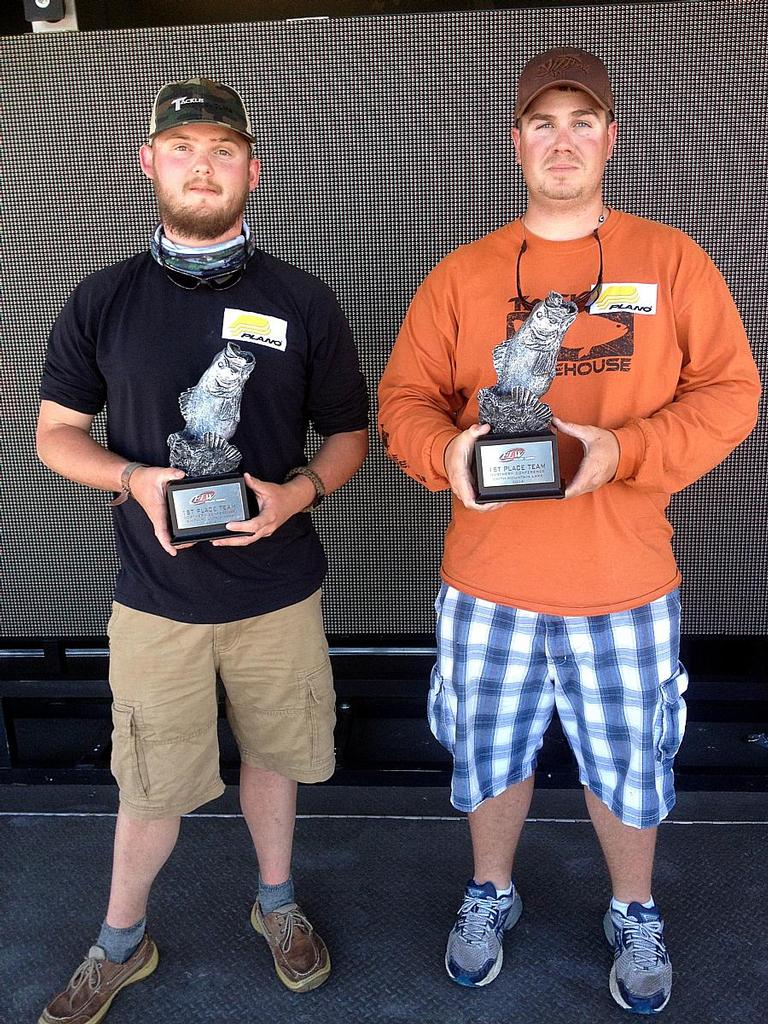 HUDDLESTON, Va. – The Radford University team of Justin Witten of Radford, Va., and Will Bowling of Fincastle, Va., won the FLW College Fishing Northern Conference tournament on Smith Mountain Lake Saturday with five bass weighing 16 pounds and 12 ounces. The win earned the team $2,000 for their bass club and qualified them for the 2014 Northern Conference Invitational tournament on the Potomac River.

“It was all bed fishing,” said Witten, a senior majoring in Recreation and Tourism. “We had a mix of smallmouth and largemouth. We caught them throughout the day, but we probably had around 15 pounds in the first couple of hours and just barely culled after that.”

The pair said that they found most of their bed fish in the lower end of the lake while prefishing on Thursday and Friday.

“They were all kind of random,” said Bowling. “We’d just throw in there and see what would make them mad.”

“This is actually my first FLW event,” finished Bowling. “To win it is amazing. Justin is a good friend of mine and it’s great to fish with someone who can show me how it’s done.”

The top 15 teams that advanced to the 2014 FLW College Fishing Northern Conference Invitational are: