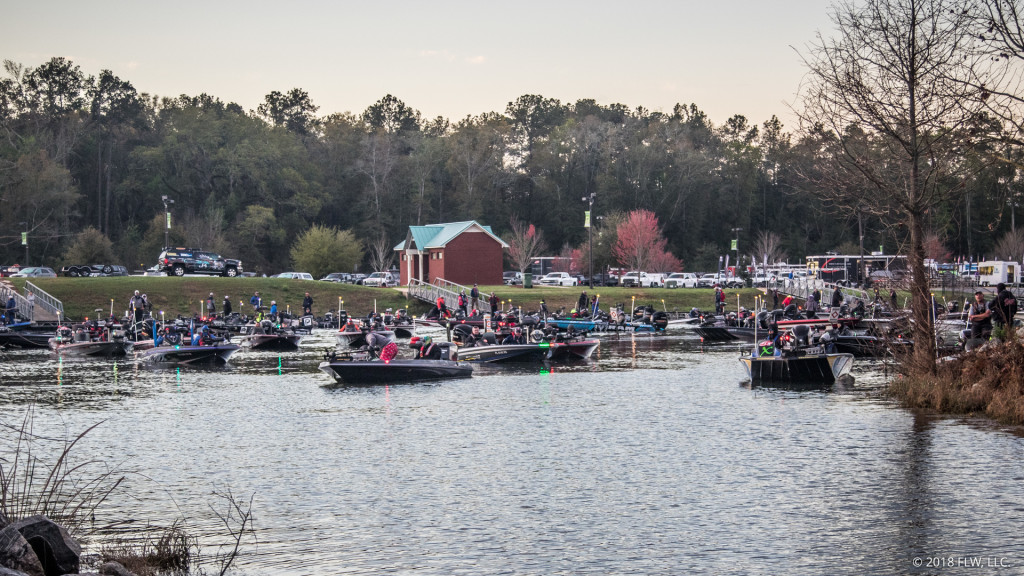 BAINBRIDGE, Ga. – Two boats were involved in a low-speed collision this morning at the Costa FLW Series Southeastern Division event at Lake Seminole. Pro Adam Slupczynski of Marietta, Georgia, and co-angler Jim Topmiller of Orlando, Florida, were in one of the boats; Pro Frank Clark of Benton, Illinois, and co-angler Anthony Hunt of Fort Lauderdale, Florida were in the other boat.

The collision happened around 7:40 a.m. on the Georgia-side of Lake Seminole, near Sealy’s Cut. Both boats were able to make it to the landing at Three Rivers State Park in Chattahoochee, Florida, where they were met by local authorities. Topmiller was transported to a local hospital with serious injuries. The other three anglers declined medical attention.

Weather conditions were not a factor. The accident is currently being investigated by the local authorities. FLW will continue to release information as it becomes available. Updated information will also be posted on the FLW website, FLWFishing.com.