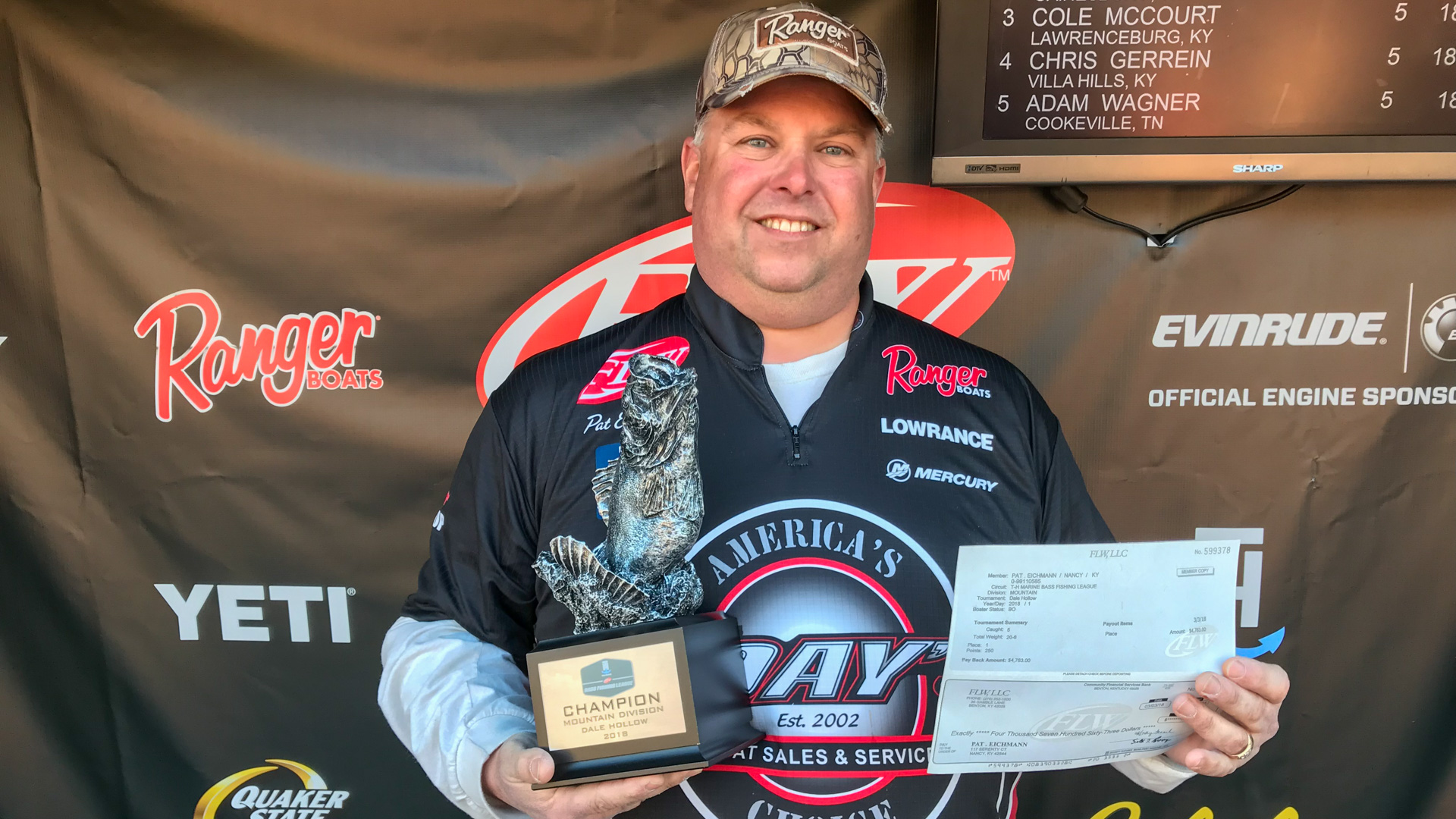 Eichmann spent his day targeting bass in mid-lake channel swings. He said he had two productive areas – one in the back of a creek channel and the other at a main-lake creek channel wall.

“I started on flats in the morning but they weren’t there,” said Eichmann, who earned his second career win in BFL competition. “Those creek channel walls ended up being the deal. We had a full moon during the tournament and the water temperature was bouncing between 48 and 58 degrees, so I think that’s what got the big females moving in and staging.”

Eichmann said he caught three that he weighed in on a ½-ounce Zorro Baits Casting Booza Bug Jig with a green-pumpkin-colored Zoom Big Salty Chunk, and two on an umbrella rig with neon-blue L&M Bass Snacks Swim Shad trailers.

“When I got around submerged trees I’d use the jig, but if there weren’t any I switched to the umbrella rig,” said Eichmann “I was in 8 to 10 feet of water and had my limit by noon. It was a fun day out there.”

McCourt weighed a 6-pound, 4-ounce bass – the heaviest of the event in the Boater Division – and earned the day’s Boater Big Bass award of $710.

Brian Hutcheson of Russellville, Kentucky, won the Co-angler Division and $2,381 Saturday after catching a five-bass limit weighing 15 pounds even.

Reeves caught the largest bass in the Co-angler Division weighing in at 5-pounds, 1-ounce.. The catch earned him the day’s Co-angler Big Bass award of $355.