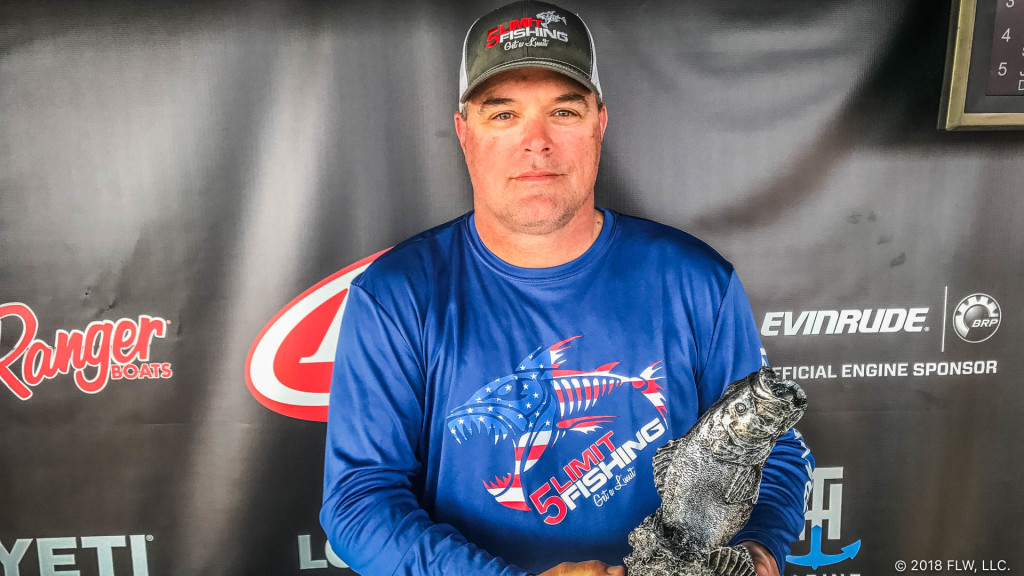 “I caught the majority of my limit targeting suspended fish with swimbaits around points,” said Miller, who earned his first career win with FLW. “I ran about 20 miles south, and used a White Pearl-colored (Zoom)

Swimmin’ Super Fluke Jr. to catch four of the five fish I weighed in.”

Miller said the fish in his areas were anywhere from 10 to 15 feet down.

“I rotated through about six different points and really had figured them out by 10:30 (a.m.),” said Miller. “After that I was able to go back from point to point and pattern them, and completed my limit by 2:30 (p.m.)”

As he returned to the takeoff ramp, Miller stopped into a shallow cove and threw a vibrating jig in 3 feet of water. He said he had around five minutes left in competition when he caught a 6-pound, 8-ounce fish – his biggest of the day.

Kitts weighed an 8-pound, 12-ounce bass – the heaviest of the event in the Boater Division – and earned the day’s Boater Big Bass award of $715.

Fey also caught the largest bass in the Co-angler Division weighing in at 5 pounds, 5 ounces. The catch earned him the day’s Co-angler Big Bass award of $357.