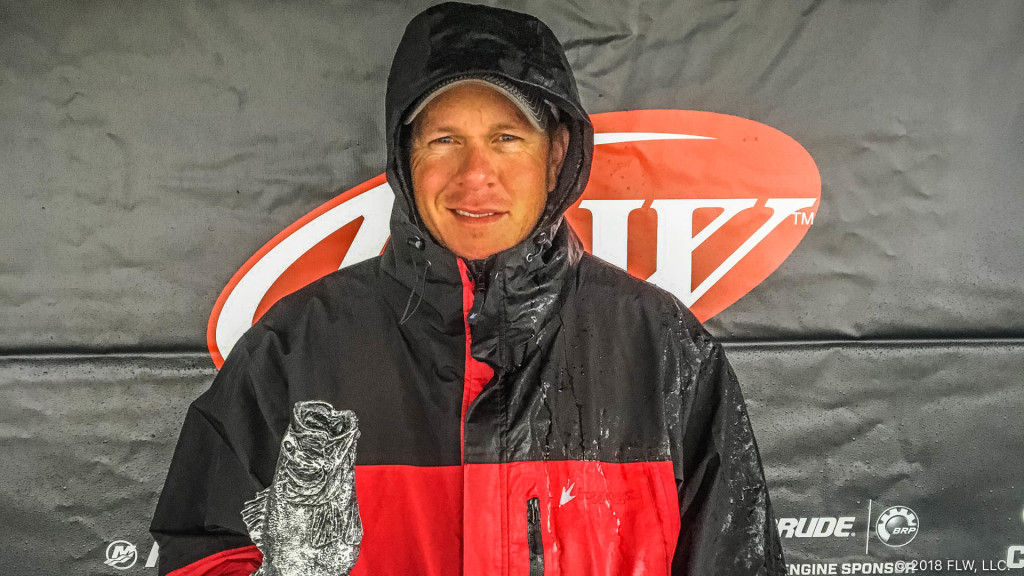 Knepp stayed on the main lake to catch his fish, targeting points at the mouths of feeder creeks. He said he caught two on a Clown-colored Strike King KVD Deep Jerkbait and one on a homemade spinnerbait with a Reaction Innovations Skinny Dipper trailer.

“I caught one in the morning around 10:45 (a.m.) and the other two at about 3 (p.m.),” said Knepp, who earned his first career victory in FLW competition. “It was tough fishing conditions out there. It rained and was windy the entire day and the temperature only reached 35 degrees.”

Knepp said he worked along 15 to 20 points throughout the day.

“Technique-wise I gave the jerkbait a five or 10 second pause before bringing it in,” said Knepp.

Campbell weighed a 6-pound, 9-ounce bass – the heaviest of the event in the Boater Division – and earned the day’s Boater Big Bass award of $660.

Miller caught the largest bass in the Co-angler Division weighing in at 6 pounds, 4 ounces. The catch earned him the day’s Co-angler Big Bass award of $330.