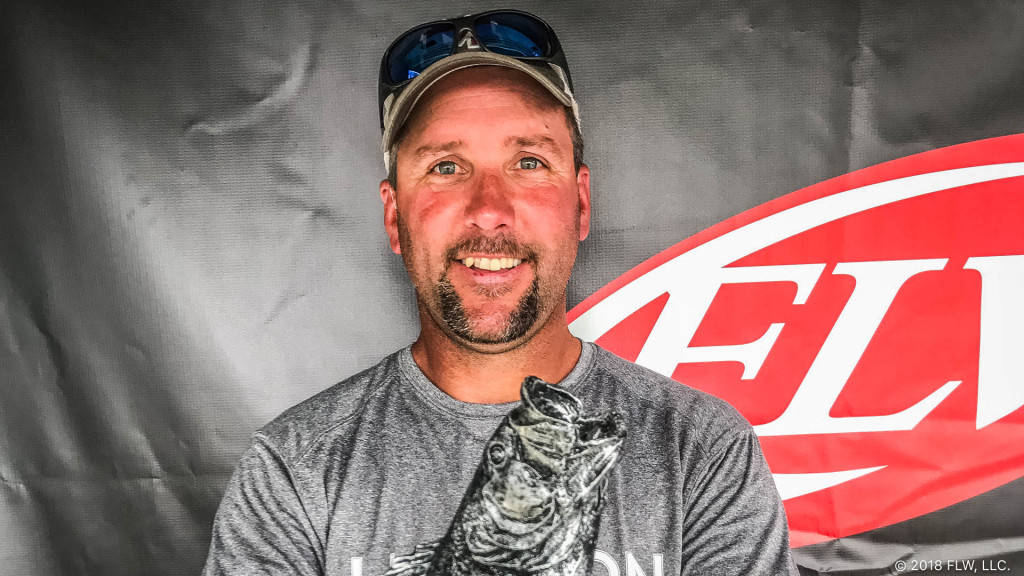 Dixon spent his day upriver, above the White Cliffs area, targeting prespawn bass near cypress trees, coontail and milfoil. He said he used a Texas-rigged Right Bite Baits stickbait in 4½ to 5 feet of water.

“I originally had two areas – one where I’d caught a big one in practice and another that had a lot more fish,” said Dixon, who logged his first career win in FLW competition. “The night before the tournament my wife told me to go to the area with more fish and just sit down and catch them, so that’s what I did.

“The area was about 10 acres and I shared it with four other boats,” Dixon continued. “I used a 7-foot 2-inch Denali (KOVERT Lite) Heavy Casting Rod and caught 35 to 40 keepers.”

Dixon said that the bite was the best between 9 a.m. and noon, and that four of the five fish he weighed came in during that three-hour stretch.

Dixon weighed a 7-pound, 9-ounce bass – the heaviest of the event in the Boater Division – and also earned the day’s Boater Big Bass award of $595.

Travis Harley of Sherwood, Arkansas, caught the largest bass in the Co-angler Division weighing in at 9 pounds, 9 ounces. The catch earned him the day’s Co-angler Big Bass award of $297.