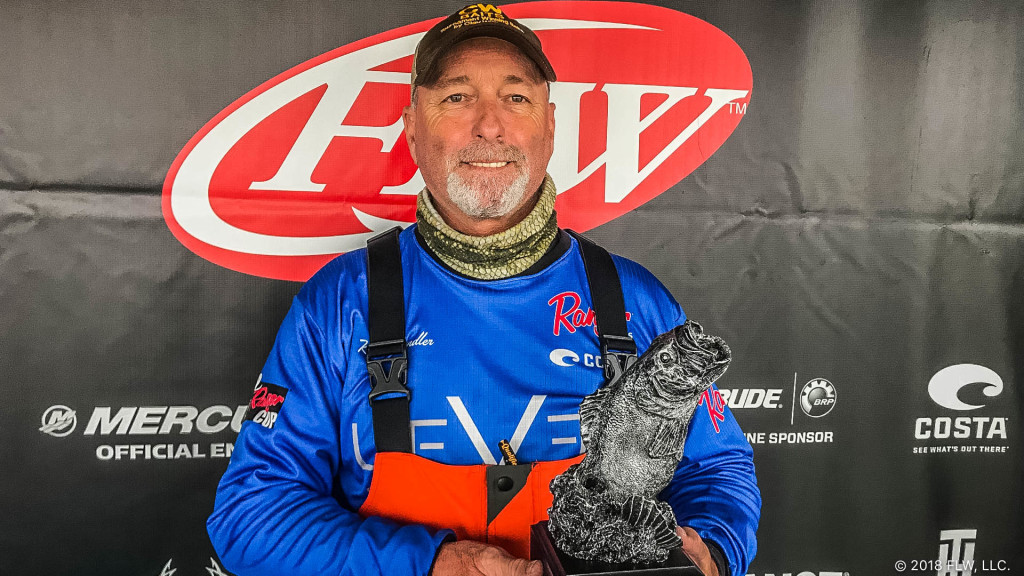 Chandler caught the majority of his fish targeting rocks in the west arm of Smith Mountain Lake. He said he used green-pumpkin- and black and blue-colored custom jigs with Zoom Super Chunk Jr. trailers.

“I just dragged the jig along the bottom. All of the fish I weighed in except for one came from rocks – the fifth came from a pier pole,” said Chandler, who earned his sixth win in BFL competition. “Most were in 3 to 8 feet of water and I was able to put 12 keepers in the boat.”

“In my opinion, that rod has the perfect tip. You can make soft presentations and it has the backbone you need to get the hook in and catch them,” said Chandler.

Gary D’Angelo of Woodbine, Maryland, weighed a 7-pound, 6-ounce bass – the heaviest of the event in the Boater Division – and earned the day’s Boater Big Bass award of $575.

Steve Mazingo of Bedford, Virginia, caught the largest bass in the Co-angler Division weighing in at 6 pounds, 1 ounce. The catch earned him the day’s Co-angler Big Bass award of $282.