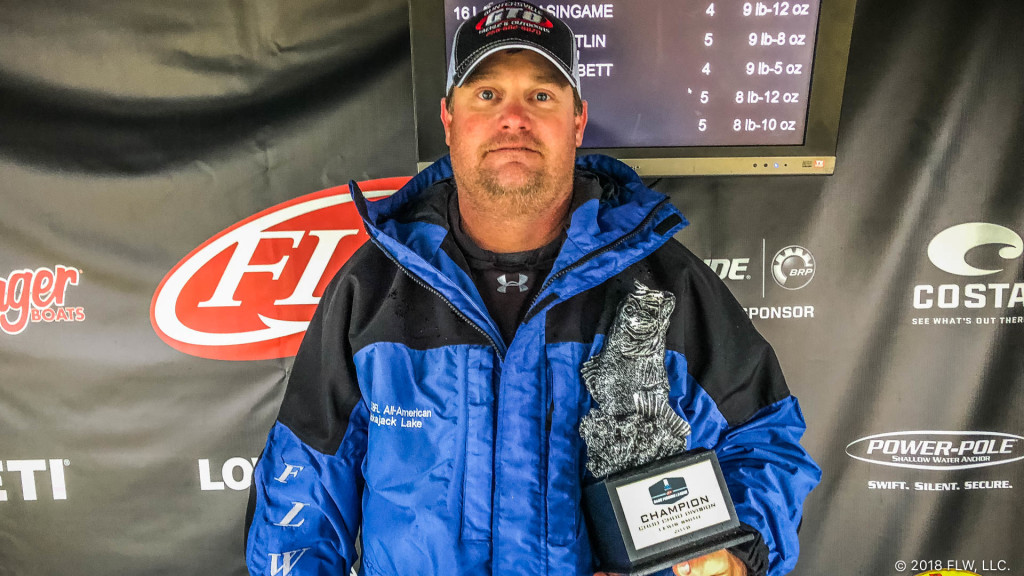 Summerlin spent the event fishing a long clay point, a few miles from the dam, where he’d caught a good keeper in practice.

“I casted to the same place I’d caught the big one in practice and got hung up on a tree that I didn’t know was there,” said Summerlin, who earned his second career win in BFL competition. “I retrieved my bait, returned to my waypoint and casted back to it and caught a 4-pound spotted bass. It ended up being my magic tree.”

Summerlin said the tree was the only one along the point and was 20 feet deep.

“About every 30 minutes the tree reloaded,” said Summerlin. “They came up schooling on that point all day long until about 11 a.m. We probably caught 40 to 45 fish from that one spot all day.”

Summerlin said that his most productive baits were a Fish Head Spin with a Sexy Shad-colored Big Bite Baits Swimbait and a wacky-rigged green-pumpkin-colored Strike King KVD Perfect Plastic Ocho.

Scott Wright of Carbon Hill, Alabama, brought a 4-pound, 10-ounce bass to the scale – the heaviest of the event in the Boater Division – and earned the day’s Boater Big Bass award of $685.

Leandra McClendon Jr. of Trussville, Alabama, caught the largest bass in the Co-angler Division weighing in at 4 pounds, 13 ounces. The catch earned him the day’s Co-angler Big Bass award of $332.