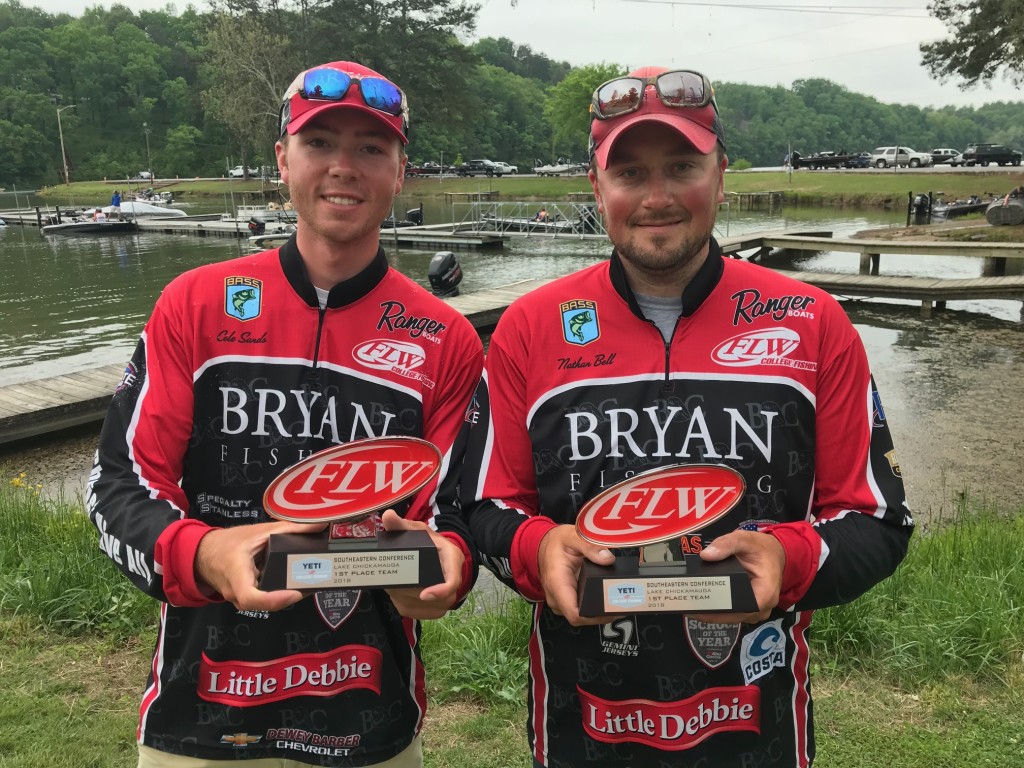 “It was a pretty good day for me,” said Bell, a senior majoring in business administration and management. “I actually graduated on Saturday as well, but I skipped the ceremony so I could compete in this tournament. I’d rather be out fishing, anyways.”

“We had an unbelievable practice,” said Sands, a junior majoring in business management. “We thought we were going to be fishing deep, but the fish were still shallow. We watched the weather and knew that it was going to be cloudy and overcast during the tournament, so we spent our entire practice day on Thursday just running around and marking waypoints where we could see fish on beds.”

The Bryan College duo said that they had around 20 different waypoints marked to visit during the tournament and although they didn’t get to all of them, they did catch around 20 keepers throughout the day. They said they mainly concentrated on a five-mile stretch of water from near the Sequoyah Nuclear Plant to Harrison Bay.

“Our main bait was a 1/16-ounce Big Bite Baits shaky-head rig with a 4-inch blue flash-colored Zoom Finesse worm,” Bell said. “Of the five bass that we weighed in, three came on that. We also weighed in two on a green-pumpkin (Berkley Havoc) Pit Boss, Texas-rigged with a ¼-ounce tungsten weight.”

“The key was definitely marking all of those fish in practice on Thursday,” Sands went on to say. “They were really spooked, and if you got to close to them you weren’t able to catch them. So having those marks allowed us to make long casts and catch a lot of fish that we never would have seen Saturday.”

The top 10 teams on Lake Chickamauga that advanced to the 2019 College Fishing National Championship are: