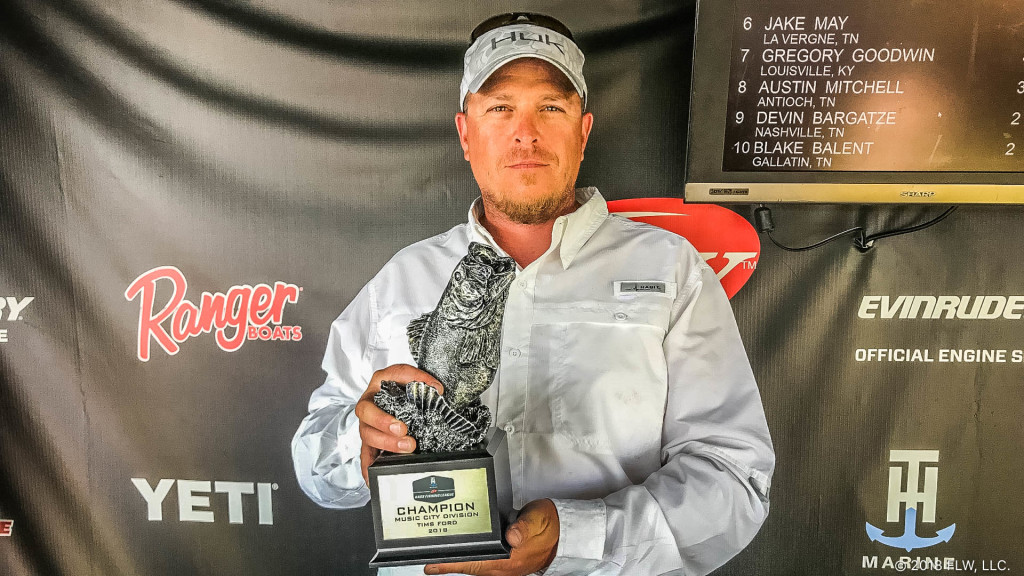 “I fished the main-lake area with a shad-colored crankbait and caught about 20 fish total,” said Steadman, who logged his first career win in FLW competition. “I focused on transition banks where postspawn fish were heading back out into the lake. Some of the spots had rocks, some had gravel and some were a mix. They were fairly typical locations where I’ve caught postspawners in the past.”

Steadman said he worked through 11 different areas to craft his limit.

“I hit a lull during the day from around 10:30 (a.m.) until noon, but I stuck with it and caught two of my biggest late in the day,” said Steadman.

Steadman said the fish in his areas were all smallmouth in practice, but on the day of the tournament there were largemouth present as well.

“I think I caught five largemouth during the event and ended up weighing four smallmouth and one largemouth.”

Rocco Simeri of Murfreesboro, Tennessee, brought a 4-pound, 11-ounce bass to the scale – the heaviest of the event in the Boater Division – and earned the day’s Boater Big Bass award of $285.

Jordan Young of Hillsboro, Tennessee, caught the largest bass in the Co-angler Division weighing in at 4 pounds, 3 ounces. The catch earned him the day’s Co-angler Big Bass award of $142.