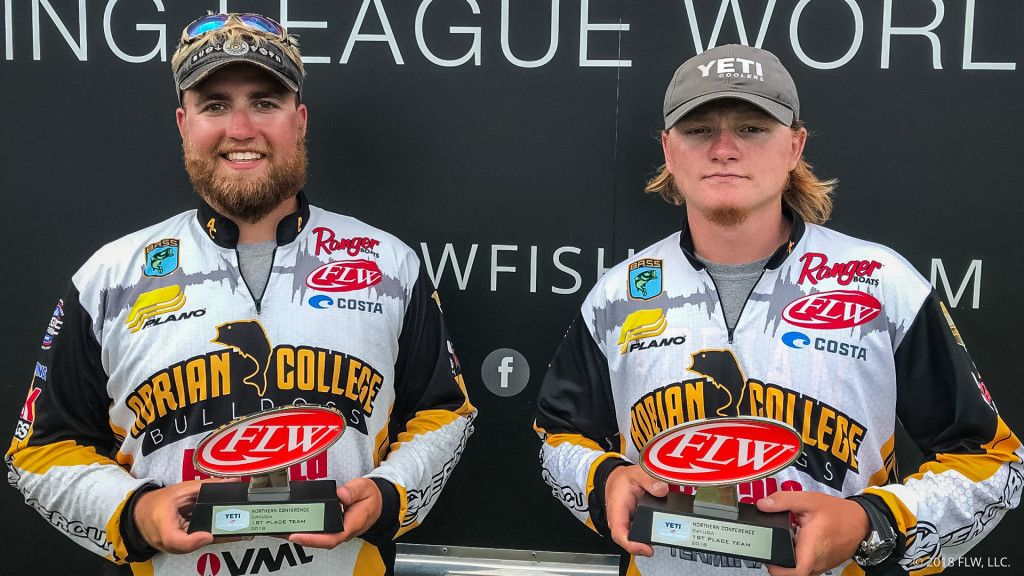 The two anglers focused on a 75-yard stretch of docks on the eastern shoreline above the Interstate 90 bridge, specifically between the bridge and the lock system. Graham said there were bluegill beds in the area, near both the front and backs of the docks and between the docks along the seawalls.

“We started on the north end of the stretch and worked our way down,” said Graham, a junior majoring in Environmental Studies and Geology. “Myles primarily threw a frog on the grass mats and we ended up weighing two on it.

“I used the jig under the docks and the Zell Pop on the seawalls,” Graham continued. “I caught fish with the jig, but the topwaters got the big keeper bites. They were definitely the key to our success.”

Jackman, a junior majoring in Environmental Science and Geology, said the duo had a limit by 7:15 a.m. before Graham culled out three fish in a row with the Zell Pop to put the Bulldogs up around 17 pounds by 8:30 a.m.

“After the culls we ran down the lake to a point on the east side that had big chunk rock going out into the lake,” said Graham. “There was a 20- to 30-yard trough between the rock and the grassline that we thought the fish would be holding in. I threw the jig in there and on my third cast I caught a 4½-pounder. I culled out a small fish and that put us at 20 pounds.”