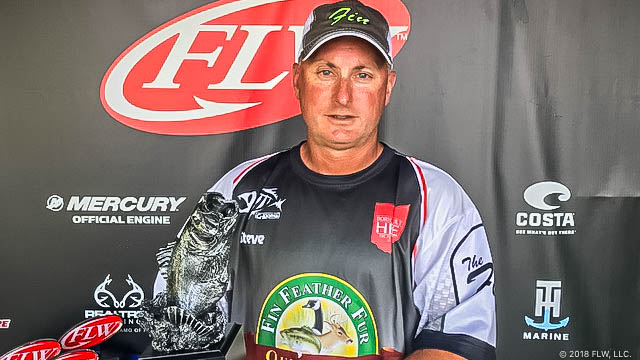 According to post-tournament reports, Hatfield caught his fish near the dam, targeting grass lines in 4 to 8 feet of water with a green-pumpkin-colored Rat-L-Trap.

Miller caught a bass weighing 4 pounds, 12 ounces – the heaviest of the event in the Boater Division – to earn the Boater’s Big Bass award of $430.

Billy French of Hamilton, Ohio, earned the Co-Angler Big Bass Award of $107 after bringing a bass weighing 3 pounds, 12 ounces to the scale.