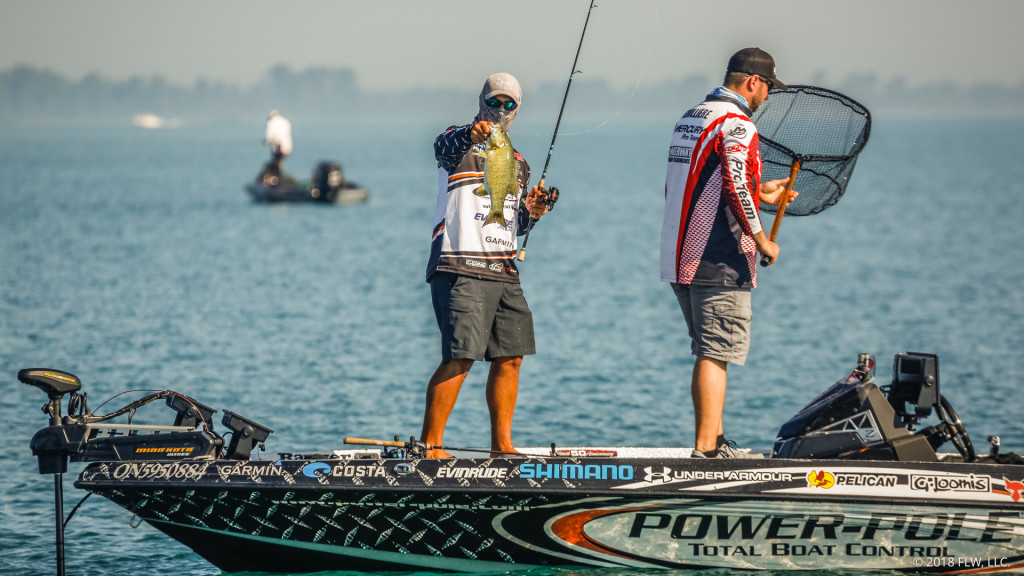 “It’s been an extraordinary summer fishing on Lake Erie and I think the college anglers are going to have a blast in this tournament,” said Power-Pole pro Cory Johnston of Cavan, Ontario, a two-time Forrest Wood Cup qualifier. “Erie is so fun because of the sheer number of fish that you can catch. I don’t expect largemouth to be a factor at all, but the smallmouth are plentiful and they’re big.”

Johnston said that the majority of anglers would be targeting deep isolated rocks with tubes, drop-shot rigs and ned rigs.

“The hardest part is finding the right isolated rock piles with the right sized fish,” Johnston said. “They’re going to really need to be comfortable with their electronics – fishing deep and video-gaming them up. Good electronics will be key.”

Johnston said that he expects the winning team to bring 23 to 25 pounds to the scale.

Competitors will take off from Shelby Street Public Boat Launch, located at 101 Shelby St. in Sandusky, at 7 a.m. EDT Saturday. Weigh-in will be held at the Boat Launch beginning at 3 p.m. Takeoff and weigh-in are free and open to the public.

Schools currently registered to compete in the Lake Erie tournament include:

California University of Pennsylvania – Colton Higgins and Jakob Bissett, both of Waynesburg, Pa.