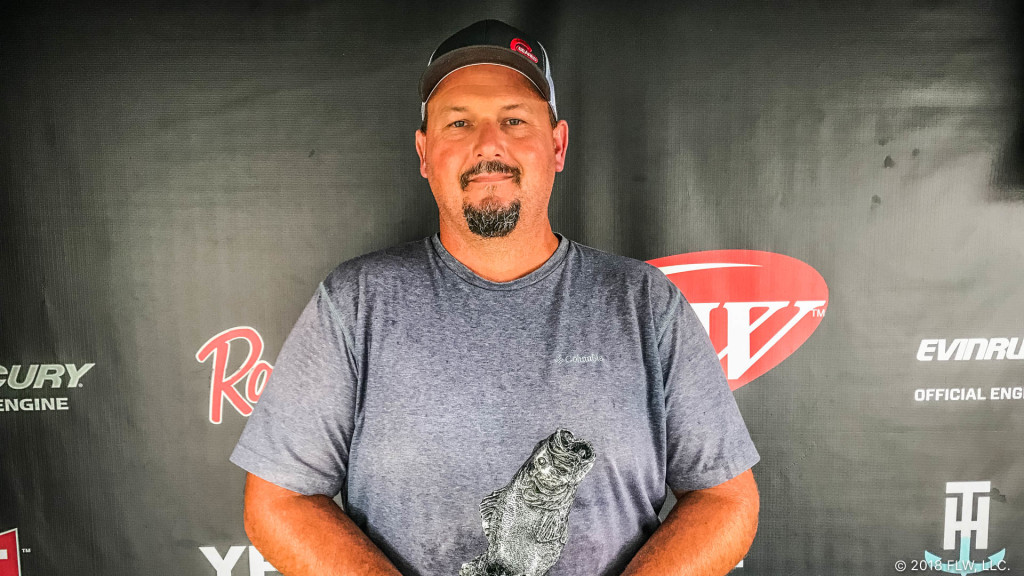 “I used a medium retrieve and made thousands of casts. They were just getting to the bank in shallow grass,” said Wright, who logged his fourth career win as a boater in BFL competition – third on Lake Hamilton. “On Saturday, I had them by 10 a.m. – it was the perfect storm. It rained the night before and it played into my strategy. I had some brush piles ready, but when it rains they go shallow.”

Wright said that when it rained during the tournament he used the buzzbait, and when it subsided, he switched to the frog.

“On Sunday I caught my largest – a 4-pound, 13-ouncer – on two ‘donkey-rigged’ white Zoom Super Flukes. It came from a 5-foot-deep creek channel at around 12:30 (p.m.). They were breaking there Saturday, but I couldn’t catch them. It was my fifth fish and ended up being my kicker as well.”

“The NRX is the perfect rod for swimming a frog,” said Wright. “And the Lew’s high speed reel gave me the right cadence – more repetitions and faster casts.”

Wood caught a bass weighing 4 pounds, 13 ounces – the heaviest of the event in the Boater Division. The catch earned him the Boater Big Bass award of $690.

McCullar caught the largest bass in the Co-angler Division – a fish weighing 4 pounds, 10 ounces – and earned the Co-angler Big Bass award of $345.The top 45 boaters and co-anglers in the region based on point standings, along with the five winners in each qualifying event, will be entered in the Oct. 25-27 BFL Regional Championship on Lake of the Ozarks in Osage Beach, Missouri. Boaters will compete for a top award of a Ranger Z518C with a 200-horsepower Evinrude outboard and $20,000, while co-anglers will fish for a new Ranger Z518C with a 200-horsepower Evinrude outboard.