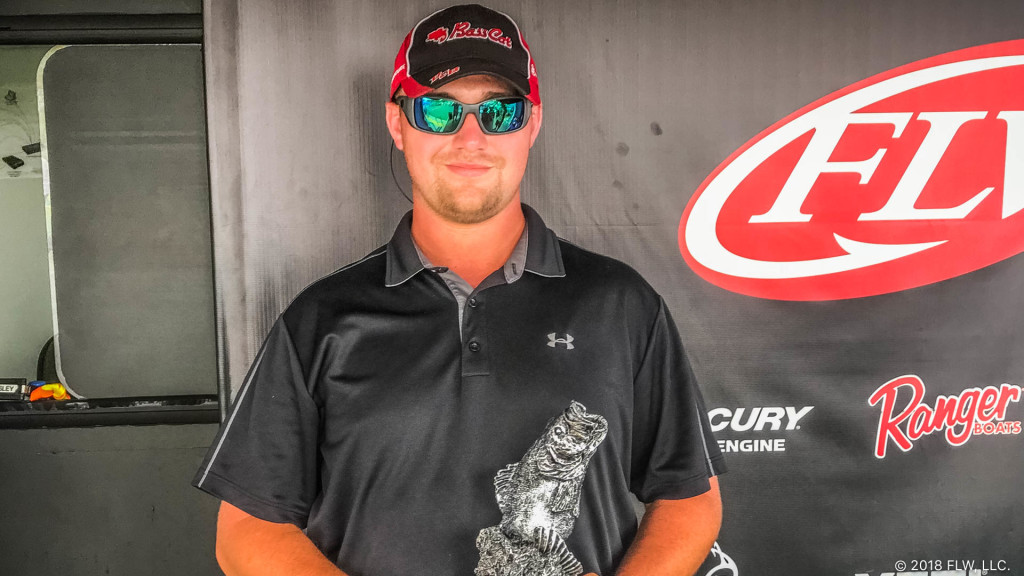 Hoyle said he fished up the Catawba River each day, from just above the mouth of the south fork to the Interstate 85 bridge.

“I fished clay banks, riprap and docks in 1 to 15 feet of water,” said Hoyle, who notched his first win in FLW competition. “I fished docks with a jig and then between the docks I used a square-billed crankbait. I was just trying to cover as much water as possible.”

“My dad made the jig and I caught my biggest fish on it each day,” said Hoyle. “I just put a set of Power-Poles on and they helped me get those fish as well. I set them down and was really able to pick apart those docks.”

Hoyle said his fish reloaded in the same spots Sunday and that he caught four keepers and two small fish to finish out the event.

“I caught my last fish at 2:55 (p.m.) with the jig from a dock right across the lake from the weigh-in. If I didn’t get that one I would’ve finished in second place.”

Fred Kauffman of Denver, North Carolina, caught a bass weighing 5 pounds, 2 ounces – the heaviest of the event in the Boater Division. The catch earned him the Boater Big Bass award of $817.