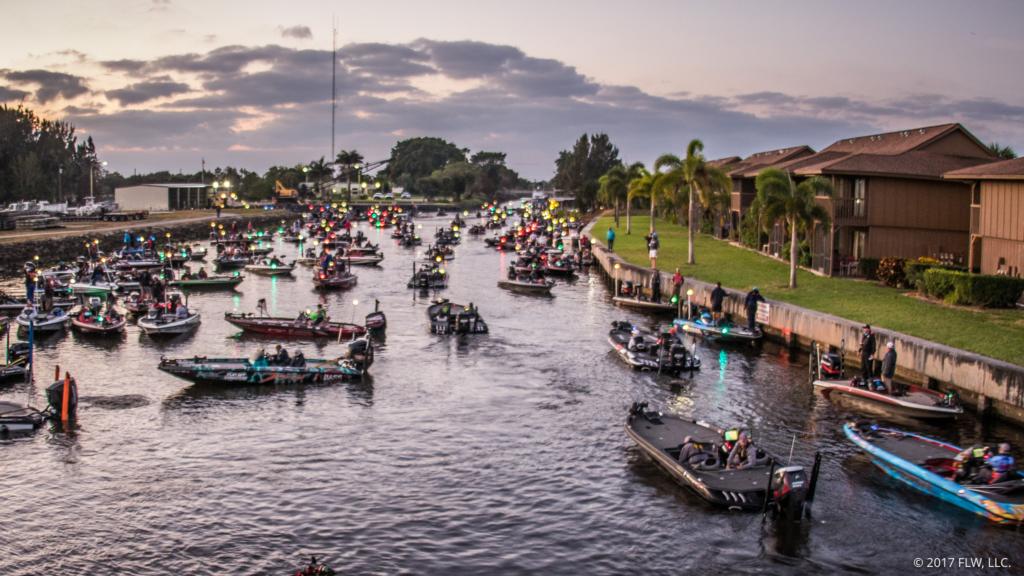 CLEWISTON, Fla. – The 2019 Costa Fishing League Worldwide (FLW) Series Southeastern division is set to open next week at Lake Okeechobee, Jan. 31- Feb. 2, with the Costa FLW Series at Lake Okeechobee presented by Power-Pole. Hosted by Roland & Mary Ann Martin’s Marina & Resort and the Hendry County Tourism Development Council, the three-day tournament will feature 500 of the best regional bass-fishing pros and co-anglers casting for a top prize of up to $110,000, including a brand new Ranger Z518L boat with a 200-horsepower Evinrude or Mercury outboard in the pro division.

Water levels are down at Lake Okeechobee – nearly 3-feet low – according to local FLW Tour pro Brandon McMillan of Clewiston, and it has the world-renowned big-bass factory in a bit of a funk.

“The lake is fishing a little tough right now,” McMillan said. “The lake is lower than it has been in the last 4 or 5 years and the problem is that there is very little, if any, clean water right now. The key to this tournament will be figuring out how to catch them in the dirty water.”

With the water clarity being such a big factor, McMillan said he expects moving baits to play a large role for tournament anglers.

“Rat-L-Traps, squarebill crankbaits and ChatterBaits will be the ticket,” he said. “There will be some kind of flipping bite – off the grass reed line, flipping a big jig – but it seems like the more consistent anglers will be in the rim canals, just working down the bank. That being said, it’s always going to be won somewhere in the main lake.”

McMillan predicted that the winner would likely have a three-day total around 50 pounds.

“It’s really hard to give a good weight prediction because the fishing is tough, but it’s Lake Okeechobee and we know that there are giants that live here,” McMillan went on to say. “If a guy can catch one or two of those during the event it will really go a long way. One thing is for sure – someone is going to catch them, and it should be a pretty exciting event.”

Anglers will take off from Roland & Mary Ann Martin’s Marina and Resort, located at 920 E. Del Monte Avenue in Clewiston, at 7 a.m. EST each day. Weigh-ins will also take place at the Resort, and will begin at 3 p.m. each day. All takeoffs and weigh-ins are free to attend and open to the public.