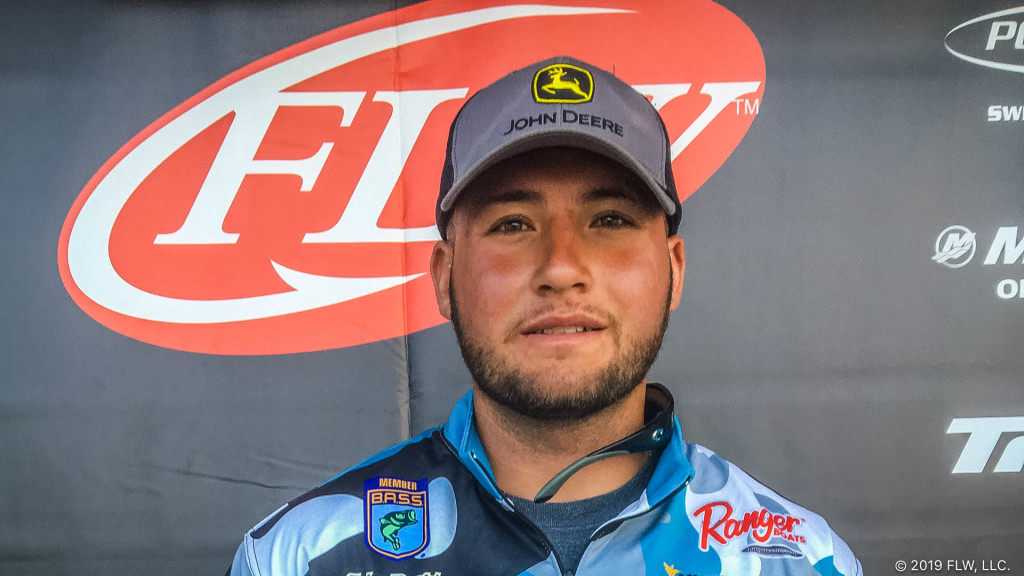 “I fished mid-lake docks in pockets and tried to cover as much water as I could,” said Duarte, who earned his second career victory in BFL competition. “It was on fire from 11 (a.m.) until the end of the tournament. I think the time of day positioned those fish in the backs of the pockets and put them where they were easy to catch.”

Duarte said he caught 12 to 15 keepers overall, saying that four of the five fish he weighed came on a 4.8-inch Pro Blue Red Pearl-colored Keitech FAT Swing Impact swimbait with a ¼-ounce jighead.

“I was skipping it under the docks and casting to the edges,” said Duarte.

Duarte’s other limit-fish came on a ½-ounce homemade green-pumpkin-colored jig with a Zoom Big Salty Chunk trailer of the same color. He said he caught it around 8:30 a.m. from under a docked pontoon boat up the Seneca River.

Brian Tucci of Surfside Beach, South Carolina, caught a 5-pound, 4-ounce bass – the heaviest of the event in the Boater Division – and earned the day’s Boater Big Bass award of $100.

Dwayne Parton of Anderson, South Carolina, caught the largest bass in the Co-angler Division, a fish weighing in at 3 pounds, 10 ounces. The catch earned him the day’s Co-angler Big Bass award of $100.