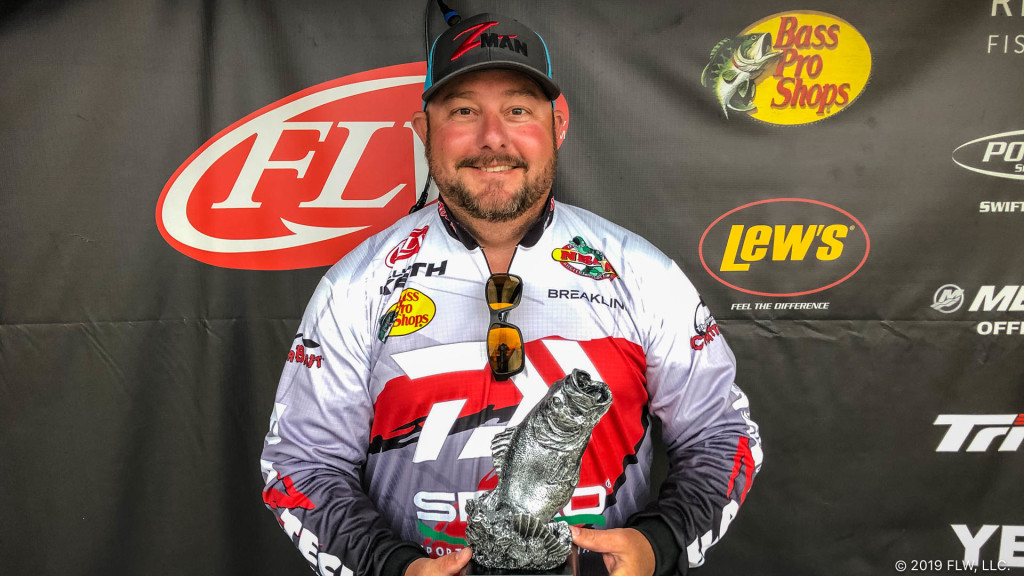 Keith said he spent his day fishing a 100-yard long stretch around the Strip Pits and Illinois Bayou areas of the lake.

Keith said he used a green-pumpkin with blue flake-colored Z-Man FattyZ worm on a 3/16-ounce Gamakatsu Skip Gap shaky-head with a Daiwa Tatula SV TWS casting reel and a 7-foot, 1-inch Daiwa Tatula casting rod. He credited his Breakline Optics Cahaba sunglasses as being a crucial part of his day, helping him see the deeper grass and fish.

“I caught around 12 keepers and probably culled around 4 times,” said Keith. “During practice they ate everything I threw at them, but during the tournament they were picky. I had to fish super slow – that was the key to the whole deal.”

Jason Lieblong of Glasgow, Kentucky, caught a 6-pound, 10-ounce bass – the heaviest of the event in the Boater Division – and earned the day’s Boater Big Bass award of $535.

Harris also caught the largest bass in the Co-angler Division, a fish weighing in at 5 pounds, 12 ounces. The catch earned him the day’s Co-angler Big Bass award of $267.