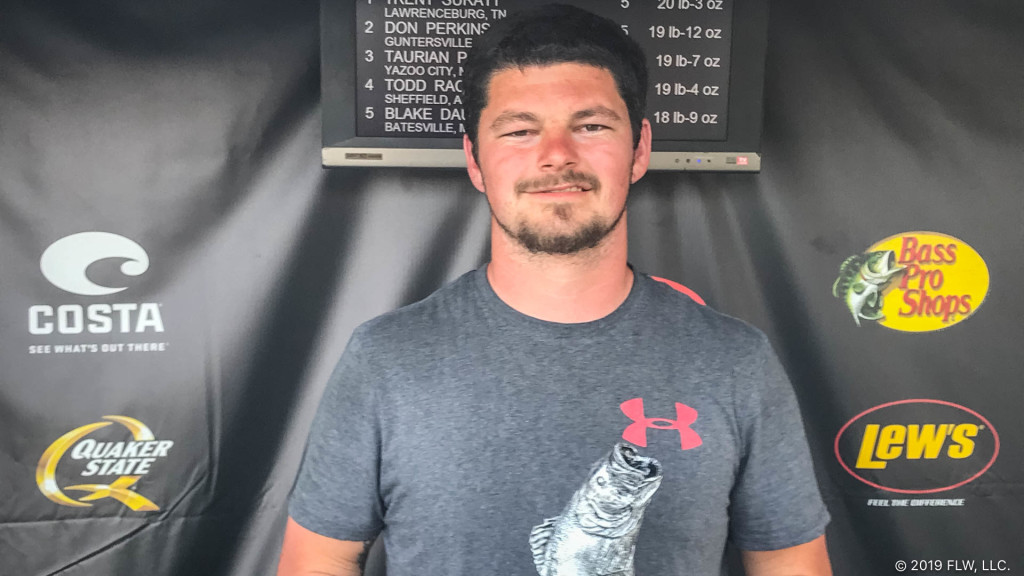 “I was on the upper end of the lake, just below Wilson Dam, targeting chunk rock in 4 to 7 feet of water where smallmouth and largemouth like to get in and bed,” said Suratt, who notched his first career win in FLW competition. “I stayed in one area all day – it was pretty much a flat on the main river that was probably 100 by 100 yards in size.

“I caught five keepers – three smallmouth and two largemouth,” continued Suratt. “I had two fish at 11 [a.m.] and three more between 11 and 1 [p.m.]. It was a midday bite – that’s how it’s been the last couple of weeks. They haven’t come up to feed to feed until 11 or noon.”

Atkins caught a 9-pound, 2-ouncer – the heaviest of the event in the Boater Division – and earned the day’s Boater Big Bass award of $630.

Sawyer also caught the largest bass in the Co-angler Division, a fish weighing in at 6 pounds, 5 ounces. The catch earned him the day’s Co-angler Big Bass award of $315.