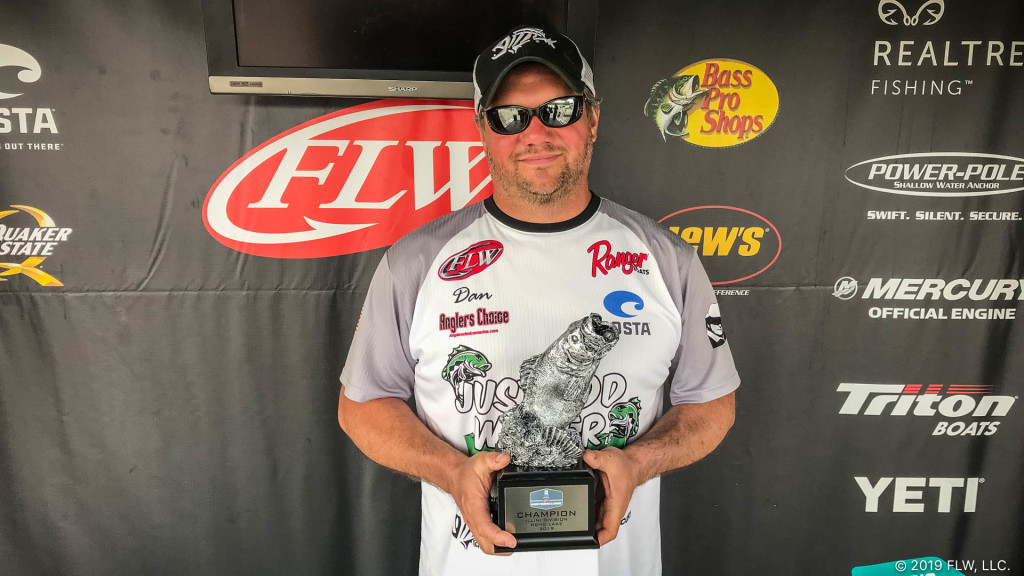 “I decided to stay on the south end of the lake and had one primary spot that I stayed in pretty much all day – the Sandusky area,” said Shoraga, who earned his third win in BFL competition. “I’d found the fish a week before. The water came up about 10 inches so they’d pulled a little bit, but I was able to still get about eight bites, including five keepers.”

Shoraga said he flipped shallow willow trees, with the fish coming from about 2 feet of water. He caught four he weighed on a Texas-rigged black and blue- or black neon-colored Reaction Innovations Sweet Beaver with a 3/8-ounce weight, and one on a 3/8-ounce homemade white and chartreuse spinnerbait. He said he preferred the black neon Sweet Beaver for dirtier water.

“My Power-Poles were a big part of my day,” said Shoraga. “I knew some of the fish were on beds even though you couldn’t see them, and sometimes times it’d take three or four bites before I’d hook them. I had to sit there with the poles down knowing that they’d bite after a few tries.”

Cliff Pass of Lenzburg, Illinois, caught a 5-pound, 12-ounce bass – the heaviest of the event in the Boater Division – and earned the day’s Boater Big Bass award of $350.

Ayers caught the heaviest bass in the Co-angler Division, a fish weighing in at 5 pounds, 6 ounces. The catch earned him the day’s Co-angler Big Bass award of $175.