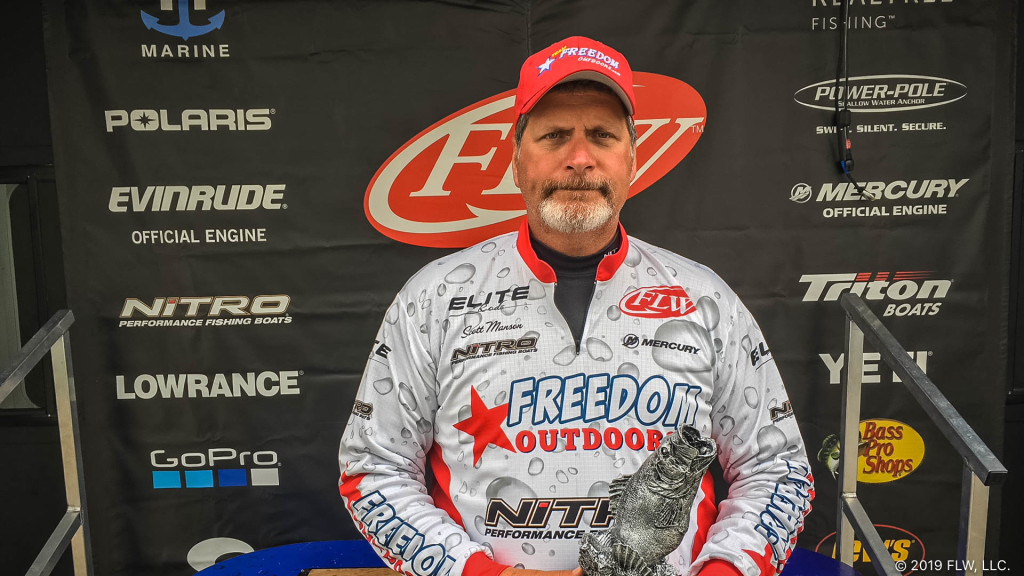 “I was fishing rocks, boat docks and a little bit of weeds on the south side of the lake, mid-way down the lake,” said Manson, who notched his third win in BFL competition – second on Grand Lake-St. Marys. “I was in a couple of creeks. I had multiple areas, but most of the fish came out of those creeks.”

Manson said he caught six keepers – five of them on a black and blue-colored D&L jig with a Zoom Super Chunk Jr. trailer. The other, which he weighed, came on a Texas-rigged, green-pumpkin Netbait Paca Craw.

“I’d switch back and forth between the two. Working it slowly was the key– just taking my time and hitting everything I could,” said Manson. “It was cold and windy so I knew it would be tough.”

“I’ve got to mention my Nitro Z21 boat and Mercury outboard motor as well – it’s a very efficient motor, and the Nitro is a great boat to fish out of,” said Manson. “I also need to thank Freedom Outdoors here in Ohio, they get me everything I need to get out there and compete.”

David Hoheisel of Westerville, Ohio, caught a 4-pound, 4-ounce bass – the heaviest of the event in the Boater Division – and earned the day’s Boater Big Bass award of $555.

Whitsett also caught the heaviest bass in the Co-angler Division, a fish weighing in at 4 pounds, 3 ounces. The catch earned him the day’s Co-angler Big Bass award of $277.