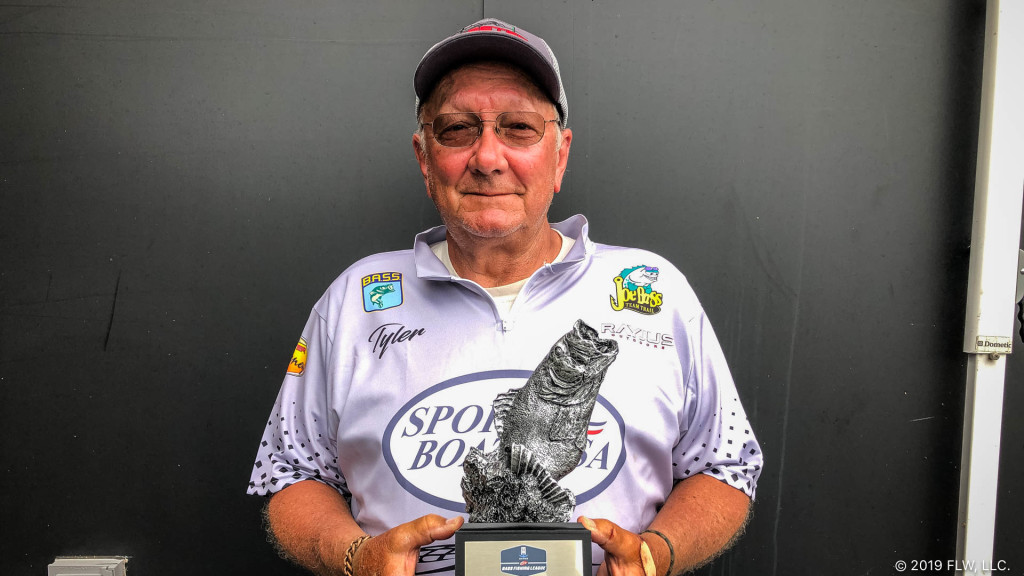 “I stayed in the upper lake area, in the creeks, fishing for largemouth in clumps of bushes,” said Matlock, who earned his second career victory in BFL competition. “There were little stretches – maybe 50-yards long – of those clumps, but they might only hold a few fish. I probably fished 10 or 15 of the stretches and caught keepers out of two creeks.

“I started off with a couple of topwater baits, but couldn’t get anything going,” continued Matlock. “After a little breeze picked up, I switched to a ½-ounce (chartreuse and white-colored) Chompers spinnerbait with a (White Pearl-colored) Zoom Split Tail trailer and caught a Kentucky bass. As I got out of the wind, I switched to a (Texas-rigged, green-pumpkin Reaction Innovations) Sweet Beaver and pitched the bushes. Within five minutes I caught a good keeper largemouth and within the hour I had four, including three of my biggest.”

At that time, Matlock said he went farther upriver and caught another keeper largemouth on the spinnerbait to cull out his Kentucky bass. He said he culled one more time, also up the river, using the Sweet Beaver with 30 to 40 minutes left to fish.

Nick Jones of Benton, Arkansas, caught a 4-pound, 4-ounce bass – the heaviest of the event in the Boater Division – and earned the day’s Boater Big Bass award of $385.

Reynolds caught the heaviest bass in the Co-angler Division, a fish weighing in at 3 pounds, 7 ounces. The catch earned him the day’s Co-angler Big Bass award of $192.