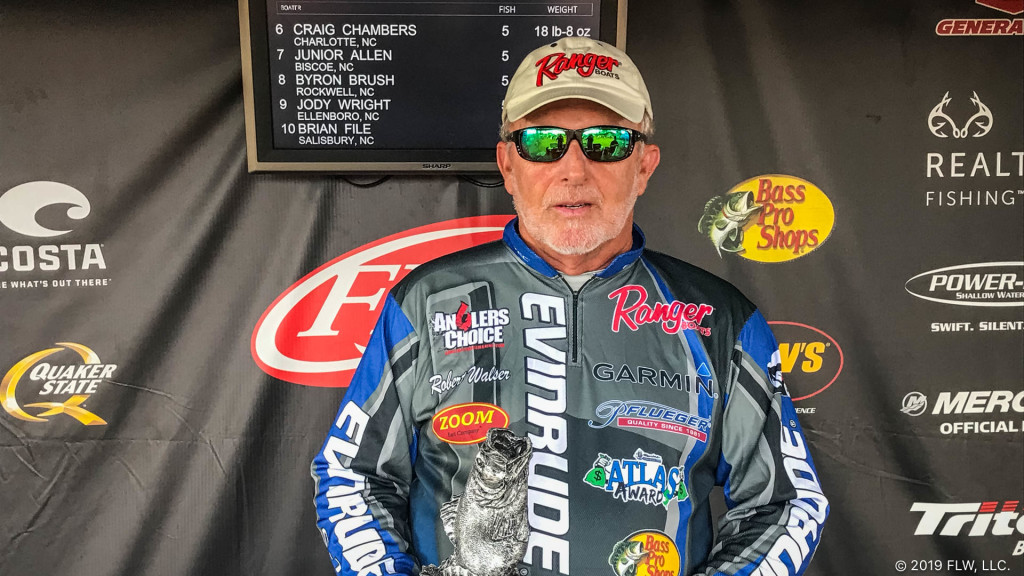 “I caught my fish flipping docks with a [Zoom] Z Craw and Z Hogs,” said Walser, who earned $6,141 for his victory – his second BFL win in 2019. “The Garmin Panoptix allowed me to see the brush under the docks – some had it and some didn’t, but it was nice to know where it was when I was flipping. I rotated through three colors, which were darker colors and green-pumpkins. My bait choice depended on the water color and sky conditions.

“I primarily fished mid-lake, which encompassed five of the creeks I fished,” continued Walser. “The water was low enough where you could get under the bridges, which hasn’t happened in a while. That allowed me to spread out a bit more.”

“I caught at least three to four limits out there, and had my first five in the boat before 9 [a.m.],” said Walser.

Stephen Cannon of Wilkesboro, North Carolina, caught a bass weighing 6 pounds, 7 ounces – the heaviest of the event in the Boater Division – and earned the day’s Boater Big Bass award of $475.

Greg Deal of China Grove, North Carolina, caught the heaviest bass in the Co-angler Division, a fish weighing in at 7 pounds even. The catch earned him the day’s Co-angler Big Bass award of $237.