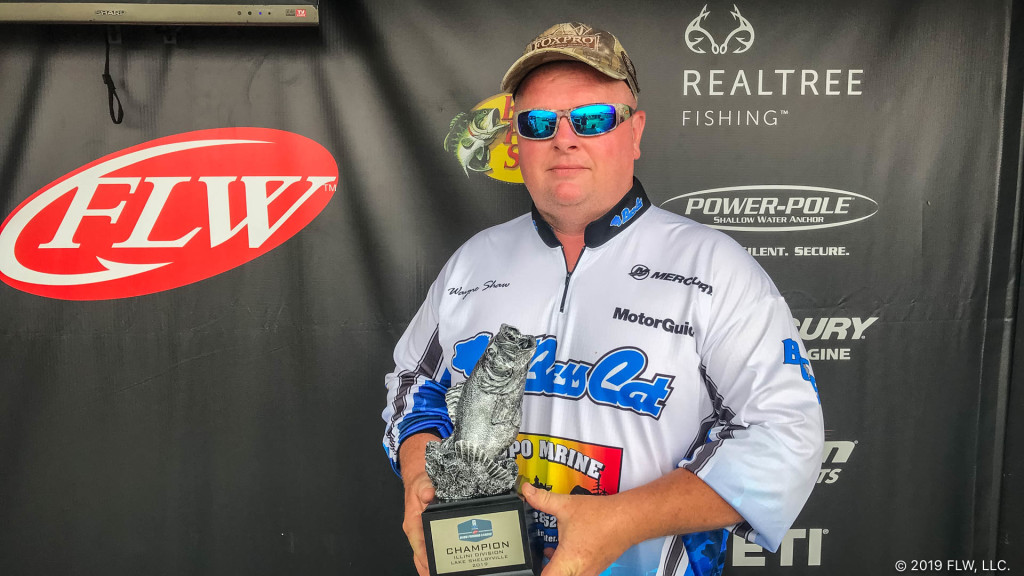 “The morning started off slow. My co-angler had four keepers in the boat and I didn’t have any until around 11 [a.m.],” said Shaw, who earned his third career win in BFL competition – second on Lake Shelbyville. “I switched from a jig to a worm, and that’s what caught all five of them. It was like someone turned on a light switch.”

Shaw said he targeted fisheon deeper points on the south end of the lake in 12 to 15 feet of water. He used a 10-inch, Texas rigged plum-colored Berkley PowerBait Power Worm and caught six keepers total.

“I was dragging it slow along the bottom,” said Shaw. “I fished five to seven different spots, hitting anything that had a good drop close to the main-river channel.”

Greg James of Carterville, Illinois, caught a bass weighing 5 pounds, 3 ounces – the heaviest of the event in the Boater Division – and earned the day’s Boater Big Bass award of $360.

David Workman of Harrisburg, Illinois, caught the heaviest bass in the Co-angler Division, a fish weighing 4 pounds, 6 ounces. The catch earned him the day’s Co-angler Big Bass award of $180.