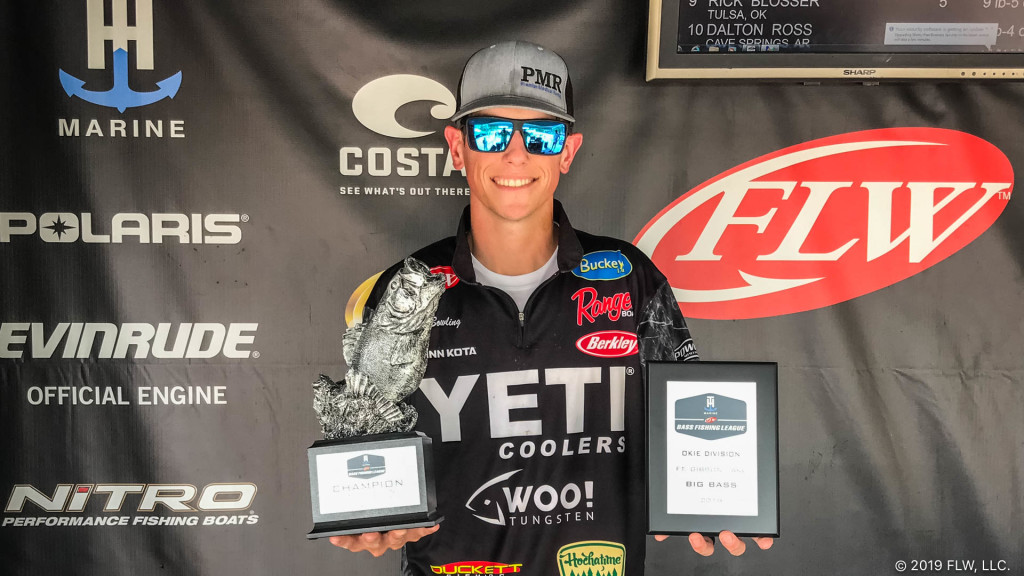 Bowling said he fished offshore ledges toward the southeast end of the lake.

“I only fished one ledge that was about 200-yards long,” said Bowling, whose win came in his first-ever event with FLW. “I didn’t catch a fish until noon, but put an 11-pounder in the boat around 1:45 p.m.

“I had let the ledge sit for five to 10 mins, and after I returned she bit on the second cast,” Bowling continued. “It was one of those ‘being in the right place at the right time’ kind of deals.”

“I was fishing deep – 23 to 24 feet down,” said Bowling. “I also used a one-ounce version of the jig to get down there because of wind.”

“I couldn’t have done it without my Lowrance electronics, they helped me find the fish,” said Bowling. “The Spot Lock feature on my Minn Kota Ultrex was also crucial, as it held me in place when the wind picked up.”

Bowling’s big bass weighed 11 pounds, 3 ounces and was the heaviest of the event in the Boater Division. The catch earned him the day’s Boater Big Bass award of $445.

Leroy Sheperd of Mountain View, Oklahoma, caught the heaviest bass in the Co-angler Division, a fish weighing in at 7 pounds even. The catch earned him the day’s Co-angler Big Bass award of $222.