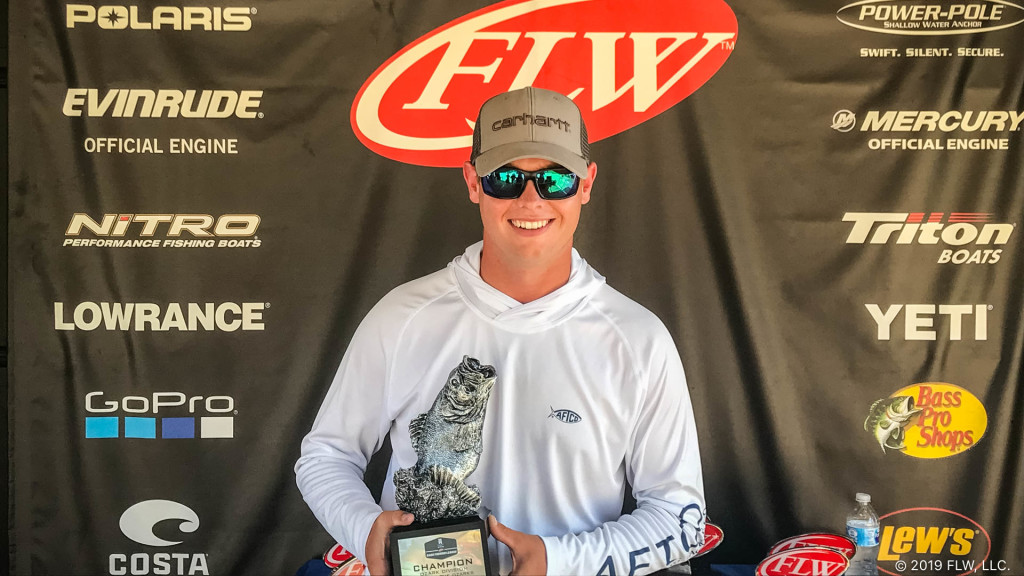 OSAGE BEACH, Mo. – Boater Michael Harlin of Sunrise Beach, Missouri, caught five bass Saturday weighing 24 pounds, 9 ounces, to win the T-H Marine FLW Bass Fishing League (BFL) tournament on Lake of the Ozarks. Harlin pocketed $4,463 for his win in the event and 250 points in the Ozark Division presented by Bassing Bob standings. The winner of the division’s Angler of the Year title after five tournaments will win $3,000.

“I basically fished from the dam to the mouth of the Gravois arm,” said Harlin, who earned his first career win in FLW competition. “I had spent my practice mainly idling around and graphing, looking for schools that were off the beaten path. I had found five or six good spots that had fish on them and weren’t getting pressured, and Saturday they were there.

“I had around 15 keepers and was pretty much done fishing by 10:30 (a.m.),” Harlin continued. “I was throwing back 3-pounders like they were nothing. I lost a couple of big ones, too. I’m very confident I could have weighed in 26 pounds if everything had stayed buttoned up.”

Harlin said that all of his fish came on a chartreuse and powder blue-colored Strike King 6XD crankbait.

“The key was really my electronics and throwing a specific line,” Harlin went on to say. “I wasn’t fishing around spots – I was making exact casts and bringing my crankbait right through the school. I was catching them every single cast.”

.The top 10 boaters finished the tournament in:

Raymond Bates of Lake Quivira, Kansas, caught a 6-pound, 10-ounce bass – the heaviest of the event in the Boater Division – and earned the day’s Boater Big Bass award of $640.

Hargarten caught the largest bass in the Co-angler Division, a fish weighing in at 6 pounds, 10 ounces. The catch earned him the day’s Co-angler Big Bass award of $320.