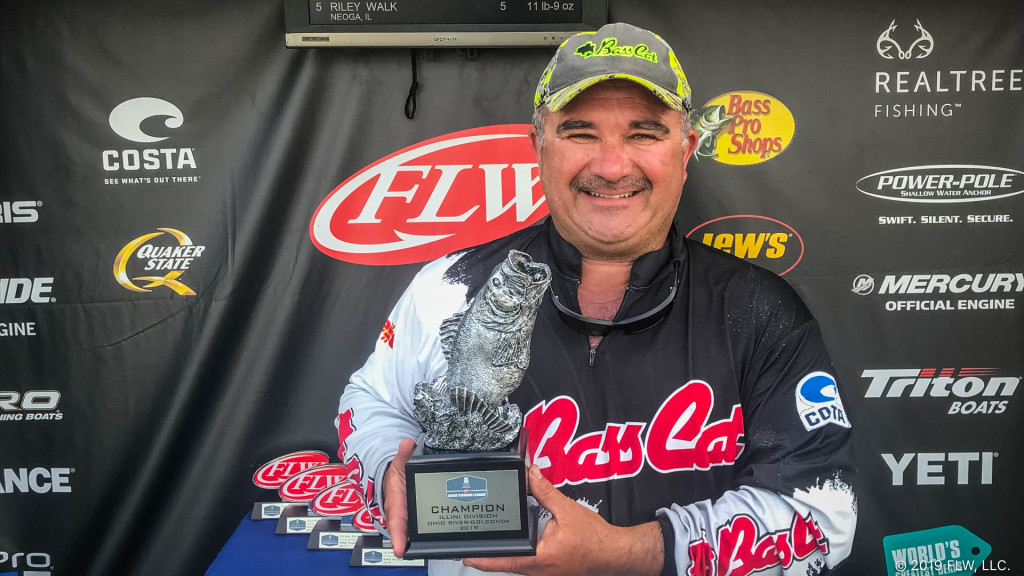 “I fished all the way up the Tennessee River. I worked rock piles along a 30-yard stretch, and the fish were in about 7 feet of water,” said Keller, who notched his second win on the Ohio River in BFL competition. “My Bass Cat helped me beat everyone to my first spot and I ended up staying there all day.”

Keller said he used a ½-ounce, War Eagle spinnerbait and a Neko-rigged 5-inch, green-pumpkin Yamamoto Senko to catch his fish. He said he caught around eight keepers on the day, and weighed all largemouth.

“My MotorGuide X5 trolling motor kept me locked on my spot which ended up being huge for me,” Keller went on to say. “I didn’t have to worry about drifting off or losing my spot when I retied. I had a lot of boats around me, but I could relax and just fish when it was on.”

Terry Marucco of Sullivan, Illinois, caught a bass weighing 5 pounds even – the heaviest of the event in the Boater Division – and earned the day’s Boater Big Bass award of $320.

Cain caught the heaviest bass in the Co-angler Division, a fish weighing in at 5 pounds, 3 ounces. The catch earned him the day’s Co-angler Big Bass award of $160.