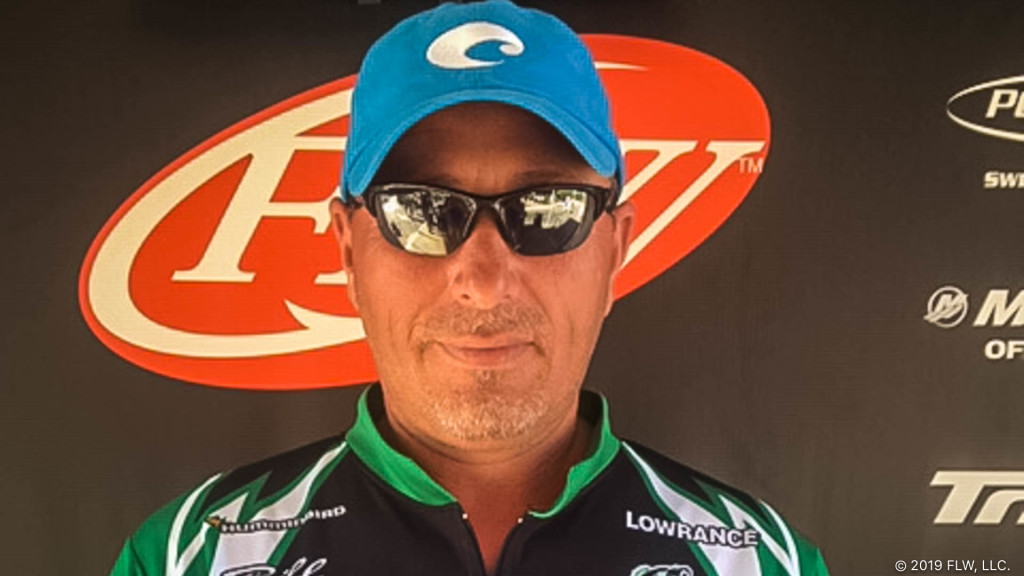 Humbard said he spent the tournament on the lower end of the lake, fishing around the Cherokee Dam, the islands and some secondary points.

“I concentrated on scattered brush before moving out to the islands and the deep points to fish big boulders and drops,” said Humbard, who earned his fourth win on Cherokee Lake in BFL competition. “I was sitting in 44 feet of water and throwing into 25 feet – most of them came from 25 to 34 feet this weekend.

“I started off the morning Saturday using a topwater bait and a crankbait, and then as the day went on I switched to a shaky-head rig,” said Humbard, “I finished off my limit with a keeper smallmouth on a brown ¼-ounce homemade jig with a [green pumpkin-colored] Zoom Super Chunk Jr. I ended up catching 14 keepers Saturday.”

“I went down to my area and my topwater and crankbait fish weren’t there. I threw the shaky-head for about 45 minutes with no luck. Everything had changed – the shad, the fish position, everything – so I switched things up,” said Humbard. “I scanned around on my [Garmin] Panoptix and noticed the fish from Saturday were in the brush piles, but suspended up about a foot off of the bottom. I got my Carolina rig out, tied on a 4-foot leader, and put on a chartreuse and pumpkin [Zoom] Baby Brush Hog and finished out a limit. Those five keepers were all I caught Sunday.”

Bennie Mutter of Glasgow, Kentucky, caught a bass weighing 4 pounds, 15 ounces – the heaviest of the event in the Boater Division – and earned the day’s Boater Big Bass award of $322.

Woods caught the heaviest bass in the Co-angler Division, a fish weighing in at 4 pounds, 7 ounces. The catch earned him the day’s Co-angler Big Bass award of $300.

The tournament was hosted by the Morristown Area Chamber of Commerce.