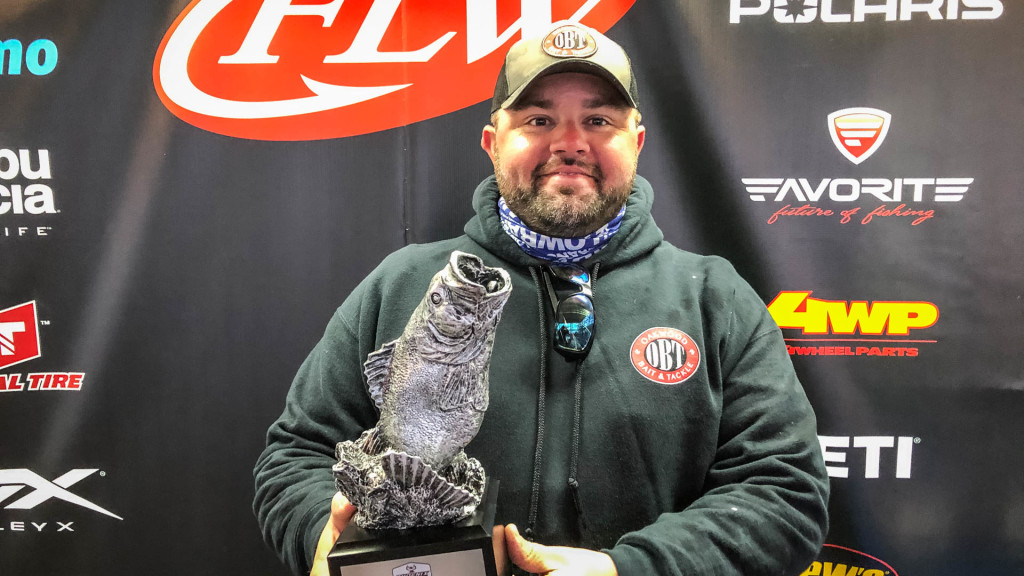 Weather was a factor for the Savannah River division anglers, as cold, snowy conditions dampered a lot of plans and strategies for competitors. Dover said that he did the majority of his damage close to Seneca, only a mile to a mile and a half from takeoff.

“The places that I caught them in practice really got stained, so I had to move out to clearer water,” said Dover, who earned his first career victory in just his third career Phoenix Bass Fishing League event. “I ended up catching them on roadbeds and ditches.”

Dover said his two key baits throughout the day were a Ned rig and a shaky-head rig.

Rampey brought a 5-pound, 7-ounce bass to the scale to win the day’s Boater Big Bass award of $910.

For the second week in a row, boater Jason Johnson was highest-finishing FLW PHOENIX BONUS member and took home an extra $500. Boaters are eligible to win up to an extra $7,000 per event in each Phoenix Bass Fishing League presented by T-H Marine tournament if all requirements are met. More information on the FLW PHOENIX BONUS contingency program can be found at PhoenixBassBoats.com.

Grizzle also caught the largest bass in the Co-angler Division, weighing in at 7 pounds, 10 ounces. The catch earned him the day’s Co-angler Big Bass award of $455.

The 2020 Phoenix Bass Fishing League presented by T-H Marine on Lake Keowee was hosted by Visit Oconee. It was the first of five qualifying events in the Savannah River Division.