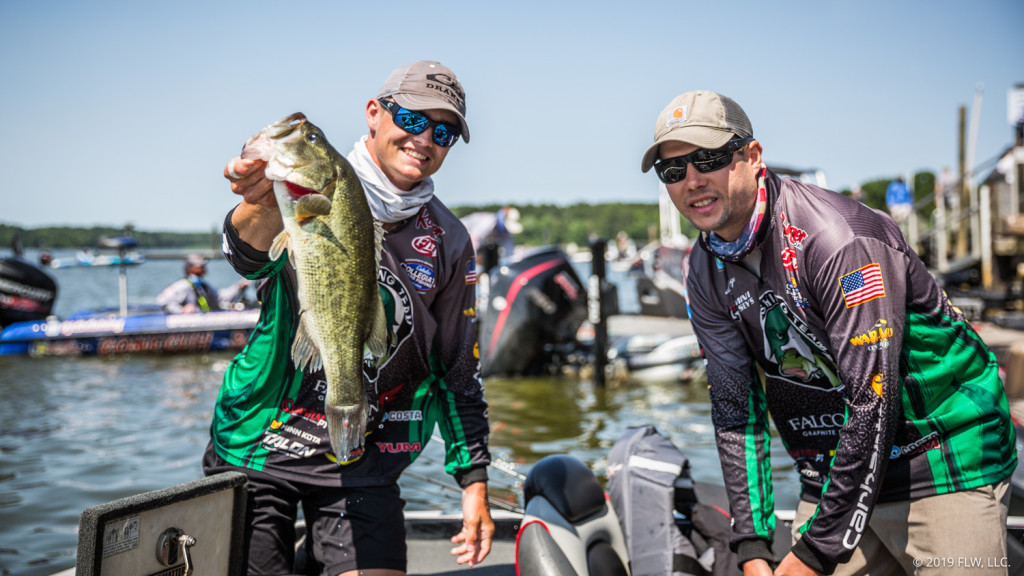 FOR IMMEDIATE RELEASE: LEESBURG, Fla. – The Tackle Warehouse Pro Circuit anglers fishing in Leesburg this week won’t be the only anglers enjoying the big bass factory that is the Harris Chain of Lakes. The best college fishing teams from across the country are also making their way to the Harris Chain, Feb. 26-28, for the 2020 Abu Garcia College Fishing presented by YETI College National Championship presented by Lowrance. The no-entry fee tournament will feature a total of 162 college bass fishing clubs competing in the event for a $30,000 prize package, including a new Phoenix 518 Pro bass boat with a 115-horsepower outboard.

“Winning the National Championship last year was one of the coolest experiences of my life,” said Adam Puckett of Murray State University, who won the event last year along with partner Blake Albertson on the Potomac River. “It was one of those weeks where everything just went right for us. We requalified to fish in this year’s championship and are looking forward to the opportunity to defend our championship. To win it again – I don’t even have the words. It would be another dream come true.”

With all three stages of the spawn expected to be in play, Tackle Warehouse Pro Circuit angler Tim Frederick of Leesburg, expects shallow-water cranking – squarebill and lipless crankbaits – to be strong for tournament anglers, along with flipping and casting soft-plastics. He said if the weather cooperates a topwater bite could come into play.

“I think we’ll see the field really split up, and I expect that there will be tournament boats in every lake,” Frederick said. “The key will be finding an area that has fish steady coming to you – moving into spawn or back out after they spawn. A staging area where the fish are migrating in and out of will be the winning spot.”