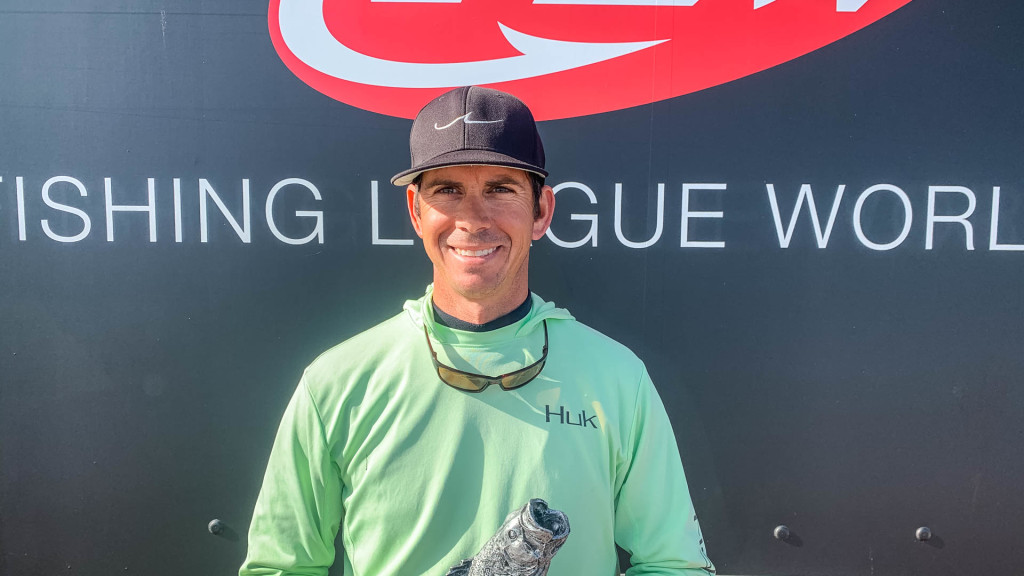 The tournament was the third of five events in the Gator Division presented by A.R.E. Truck Caps.

“I was fishing on the north end of Lake Toho,” said Batson, who earned his first career victory in FLW competition. “Targeting hyacinth mats mixed in with pads, flipping a black and blue-colored Missile Baits D-Bomb with a 1¼-ounce weight.

“The key to my victory was that the mats and pads had to be adjacent to open lanes,” Batson continued. “The fish were using those access lanes as highways. All my fish were females that were staging for the spawn. The heavy cover had to be up next to an access lane.”

The Florida angler said that a positive attitude kept his mind in check and was a big factor in his win.

“It’s been a very tough year, but I just kept practicing and grinding and knew that one day, my luck would change. Today, it all came together,” Batson went on to say. “I didn’t lose any fish fishing that thick cover – that is rare. I got them all in the boat and it was a blessed day. I’ve been doing this a long time and always waned to get one of these wins. It feels awesome.”

Eddie Carper of Valliant, Oklahoma, took home an extra $500 as the highest finishing FLW PHOENIX BONUS member. Boaters are eligible to win up to an extra $7,000 per event in each Phoenix Bass Fishing League presented by T-H Marine tournament if all requirements are met. More information on the FLW PHOENIX BONUS contingency program can be found at PhoenixBassBoats.com.

Ryan Meyer of Orlando, Florida caught the largest bass in the Co-angler Division, a fish weighing in at 8 pounds, 2 ounces. The catch earned him the day’s Co-angler Big Bass award of $270.