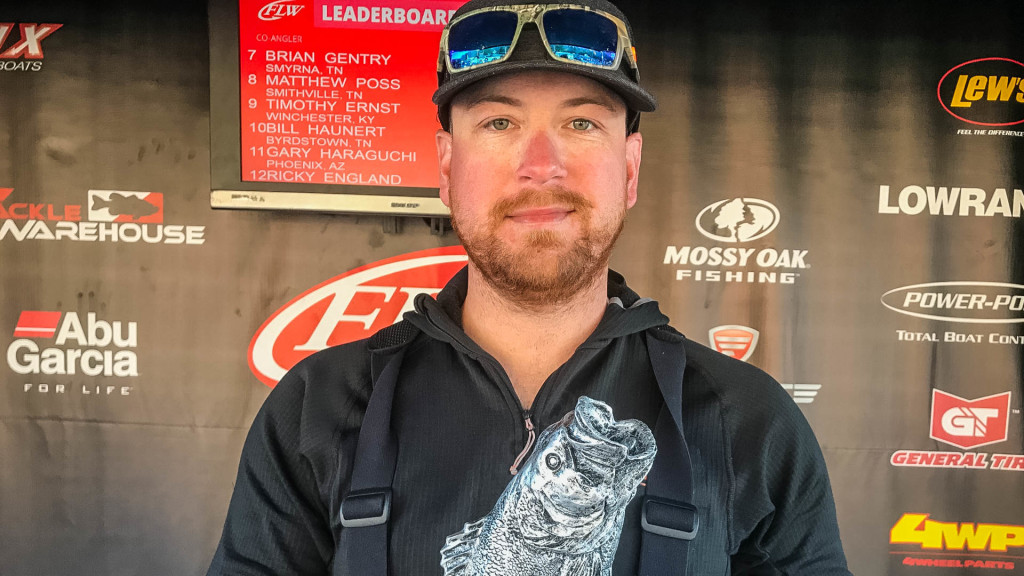 The tournament was the first of five events in the Music City Division presented by A.R.E. Truck Caps.

“It feels awesome to get the win. I just got a new boat – it’s actually Hank Parker’s old Ranger – and hopefully it continues to bring me good luck,” said Haunert, who earned his first career victory in FLW competition.

“I caught my fish mid-lake, and I stayed there all day throwing a jig,” Haunert continued. “I was fishing in 15 to 20 feet of water, and I pretty much grinded it out in the same spot all day. I kept leaving them and then coming back, and it kept producing.”

Haunert said he caught his fish on a ½-ounce Stan Sloan’s Zorro jig with a Zoom Twin Tail trailer.

“The key was persistence – I knew the fish weren’t biting everywhere, so I stayed in the water that I knew was productive and just kept at it.”

Eric Moore of Union, Kentucky, took home an extra $500 as the highest finishing FLW PHOENIX BONUS member. Boaters are eligible to win up to an extra $7,000 per event in each Phoenix Bass Fishing League presented by T-H Marine tournament if all requirements are met. More information on the FLW PHOENIX BONUS contingency program can be found at PhoenixBassBoats.com.

Joe Gentry of Gallatin, Tennessee, caught the largest bass in the Co-angler Division, a fish weighing in at 5 pounds, 2 ounces. The catch earned him the day’s Co-angler Big Bass award of $315.