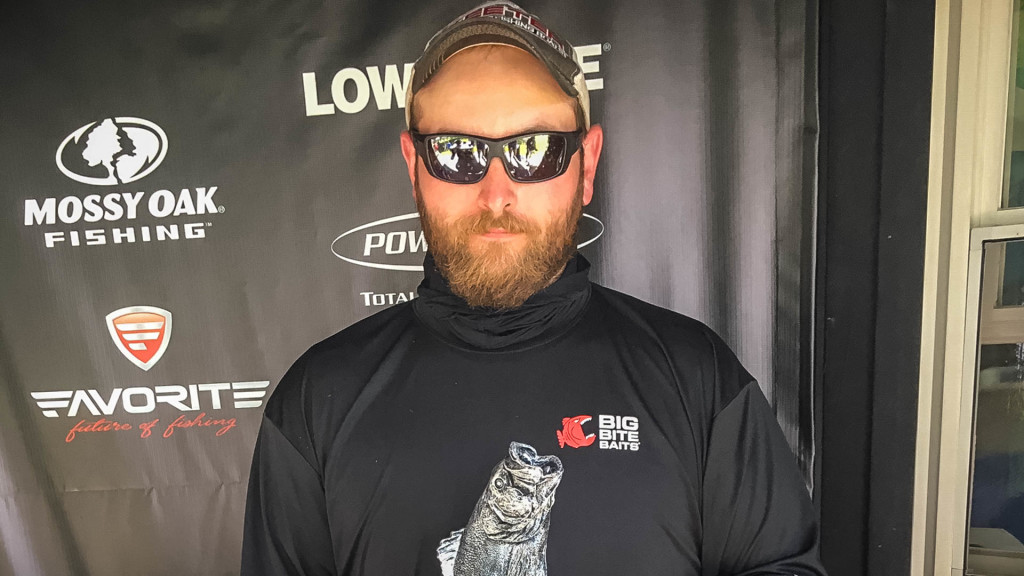 LAKEVIEW, Ohio – Boater John Barnett of Huntsville, Ohio, brought a five-bass limit to the scale Saturday weighing 13 pounds even to win the 2020 Phoenix Bass Fishing League presented by T-H Marine event at Indian Lake in Lakeview, Ohio. For his victory, Barnett earned a total of $4,872.

The tournament was the first of five events in the Buckeye Division presented by A.R.E. Truck Caps.

“I fished on the north end of the lake, by Long Island,” said Barnett, who earned his first career FLW win. “I was punching a mixture of grass – a lot of coon tails – keying in on patches that had deeper water around it. I got most of my good bites around 3½- to 4-foot-deep, which on this lake is relatively deep.”

Although he didn’t divulge any specifics, Barnett said he punched with both beaver- and craw-type baits with ¾- and 1¼-ounce weights, cycling through different setups to see what the bass wanted.

“I found those fish two weeks ago and pretty much just expanded on my area,” Barnett went on to say. “I had a set game plan of what I wanted to do in this tournament, and everything worked out for me.”

William Redmond of Sciotoville, Ohio, claimed the day’s Boater Big Bass Award of $735 after bringing a 4-pound bass to the scale.

Grosse was the highest-finishing FLW PHOENIX BONUS member and took home an extra $500. Boaters are eligible to win up to an extra $7,000 per event in each Phoenix Bass Fishing League presented by T-H Marine tournament if all requirements are met. More information on the FLW PHOENIX BONUS contingency program can be found at PhoenixBassBoats.com.

Wild caught the largest bass in the Co-angler Division, weighing in at 3 pounds, 11 ounces. The catch added to his winnings as he earned the day’s Co-angler Big Bass award of $367.