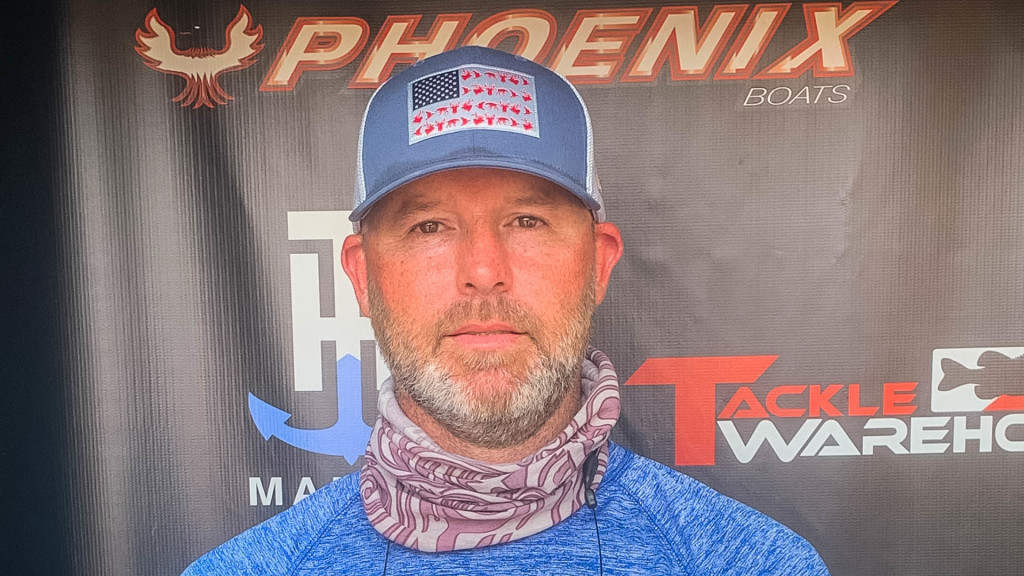 SALISBURY, N.C. – Boater Jason Thomas of Lexington, North Carolina, earned the win Saturday at the Phoenix Bass Fishing League presented by T-H Marine event at High Rock Lake after bringing a five-bass limit to the scale weighing 17 pounds, 10 ounces. For his victory, Thomas earned a total of $11,794, including the lucrative $7,000 FLW PHOENIX Bonus contingency award. The victory was the first win of Thomas’ FLW career.

“I’m good friends with a lot of guys that have wins, so this is really a nice notch in my belt,” said Thomas. “I was out practicing every day this week and it was a huge advantage for me – it showed me where not to fish.”

Thomas mainly focused on the creeks of High Rock Lake during the tournament, paying special attention to Second Creek where he seemed to catch most of his fish.

“Pretty much the only creeks that I didn’t fish today were Abbott’s Creek, or up the river,” Thomas said. “I caught a few on a jig, but then things got tough and I switched to a shaky-head rig to fill out my limit.

Thomas said his jig of choice was a ½-ounce Shooter Jig with a Strike King Rage Bug trailer, and he threw a 3/8-ounce shaky-head rig with a Zoom Trick Worm.

Craig Wright of Rustburg, Virginia, claimed the day’s Boater Big Bass Award of $495 after bringing a 5-pound, 15-ounce bass to the scale.

Martin Rushing of Albemarle, North Carolina, caught the largest bass in the Co-angler Division, weighing in at 5 pounds, 9 ounces. The catch earned him the day’s Co-angler Big Bass award of $247.

The 2020 Phoenix Bass Fishing League presented by T-H Marine on High Rock Lake was the opening event of five qualifying tournaments in the Piedmont division.

The top 45 boaters and co-anglers in the Piedmont Division based on point standings, along with the five winners of each qualifying event, will be entered in the Oct. 22-24 Phoenix Bass Fishing League Regional Championship on Lake Lanier in Gainesville, Georgia, hosted by the Gainesville Convention & Visitors Bureau. Boaters will compete for a $60,000 prize package, including a new Phoenix 819 Pro bass boat with a 200-horsepower Mercury outboard and $10,000, while co-anglers will fish for a new 18-foot Phoenix bass boat with a 200-horsepower outboard.