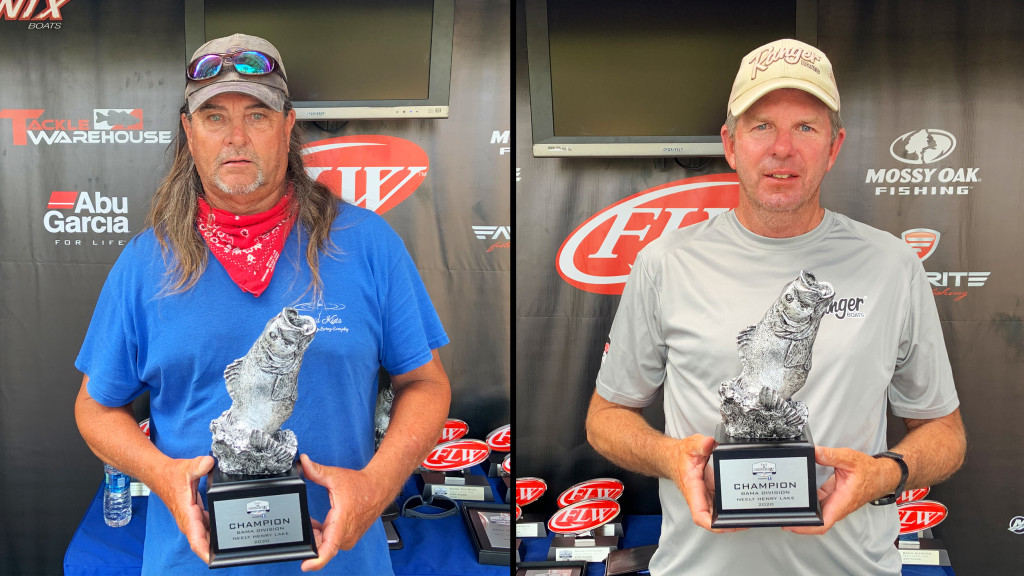 GADSDEN, Ala. – It was a double-header for bass anglers this past weekend in Gadsden with the Phoenix Bass Fishing League presented by T-H Marine on Neely Henry Lake events. FLW, the world’s largest tournament-fishing organization, rescheduled the events after the coronavirus pandemic forced the organization to pause competition in mid-March.

Boaters Jason Nixon of Wetumpka, Alabama, and Byron Smith of Tyrone, Georgia, both brought a five-bass limit to the scale totaling 13 pounds, 10 ounces to tie for the win at Saturday’s event, while Hunter Hayes of Gadsden, Alabama, brought in a limit weighing 14 pounds, 12 ounces on Sunday to earn the win. Nixon and Smith each earned $2,937 for their wins Saturday, while Hayes won Sunday’s top prize of $4,545.

“It was a tough practice, so I just kept a bait in the water,” Nixon said. “I culled one time and caught two short fish – only eight bites all day.”

Nixon brought a 5-pound, 3-ounce bass to the scale to add Saturday’s Boater Big Bass award of $520 to his winnings.

White was the highest-finishing FLW PHOENIX BONUS member and took home an extra $500 Saturday. Boaters are eligible to win up to an extra $7,000 per event in each Phoenix Bass Fishing League presented by T-H Marine tournament if all requirements are met. More information on the FLW PHOENIX BONUS contingency program can be found at PhoenixBassBoats.com.

Chris Wade of Acworth, Georgia, caught the largest bass in the Co-angler Division Saturday, weighing in at 4 pounds, 12 ounces. The catch earned him the day’s Co-angler Big Bass award of $260.

On Sunday, Hayes went up the river targeting laydowns and openings with a crankbait to earn his victory.

“I knew how tough the grass was yesterday, so today (Sunday) I went way up the river fishing for spotted bass,” Hayes said. “I got lucky and caught a nice 4-pound largemouth and ended up filling out my limit with 2¼-pound spots.

“I caught my fish on a (Rapala) DT6 crankbait in chartreuse with a blue top,” Hayes continued. “There was no pressure up the river – I might have seen five other boats all day.”

Complete results for Sunday’s event on Neely Henry Lake can be found at FLWFishing.com.

Brad Sampson of Carriere, Mississippi, caught the largest bass in the Co-angler Division, weighing in at 5 pounds, 7 ounces. The catch earned the day’s Co-angler Big Bass award of $222.

The 2020 Phoenix Bass Fishing League presented by T-H Marine Double-Header on Neely Henry Lake was hosted by the City of Gadsden. It was the second and third of five qualifying events in the Bama Division.

The top 45 boaters and co-anglers in the Bama Division based on point standings, along with the five winners of each qualifying event, will be entered in the Oct. 8-10 Bass Fishing League Regional Championship on Lake Chickamauga in Dayton, Tennessee, hosted by the Rhea Economic and Tourism Council. Boaters will compete for a $60,000 prize package, including a new Phoenix 819 Pro bass boat with a 200-horsepower Mercury outboard and $10,000, while co-anglers will fish for a new 18-foot Phoenix bass boat with a 200-horsepower outboard.