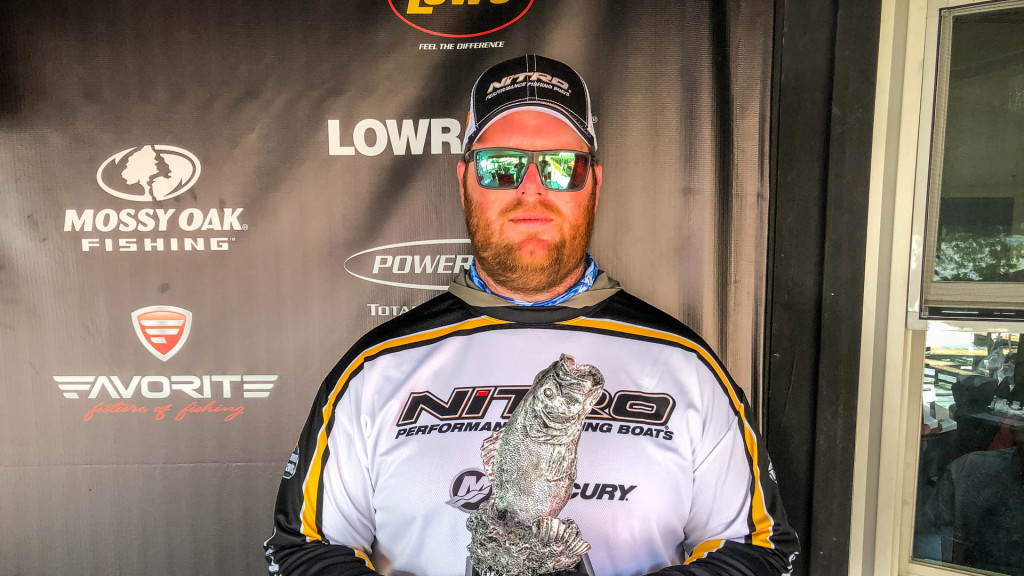 SCOTTSBORO, Ala. – Boater Michael Glasgow of Grant, Alabama, brought a three-bass limit to the scale Saturday weighing 16 pounds, 4 ounces to win the 2020 Phoenix Bass Fishing League presented by T-H Marine event at Lake Guntersville in Scottsboro, Alabama. Glasgow earned a total of $6,261 for his victory.

“Every bite I had was on a jig,” said Glasgow, who earned his first career victory in FLW competition. “It was a brown, 3/4-ounce Strike King Football Head jig. I was sitting in about 30-feet of water, but most of my fish were coming in 12 to 15 (feet of water).

“There wasn’t a lot of current, so I was mainly just fishing hard spots,” Glasgow continued. “I started downriver, then bounced around between Goose Pond and Seibold (Creek). I culled four or five times and caught my last fish around 2:15.”

Barnes brought a 7-pound, 7-ounce bass to the scale to win the day’s Boater Big Bass award of $820.

Greg Lamb of Birchwood, Tennessee, took home an extra $500 as the highest finishing FLW PHOENIX BONUS member. Boaters are eligible to win up to an extra $7,000 per event in each Phoenix Bass Fishing League presented by T-H Marine tournament if all requirements are met. More information on the FLW PHOENIX BONUS contingency program can be found at PhoenixBassBoats.com.

O’Barr also caught the largest bass in the Co-angler Division, a fish weighing in at 8 pounds, 2 ounces. The catch earned him the day’s Co-angler Big Bass award and added $407 to his winnings.