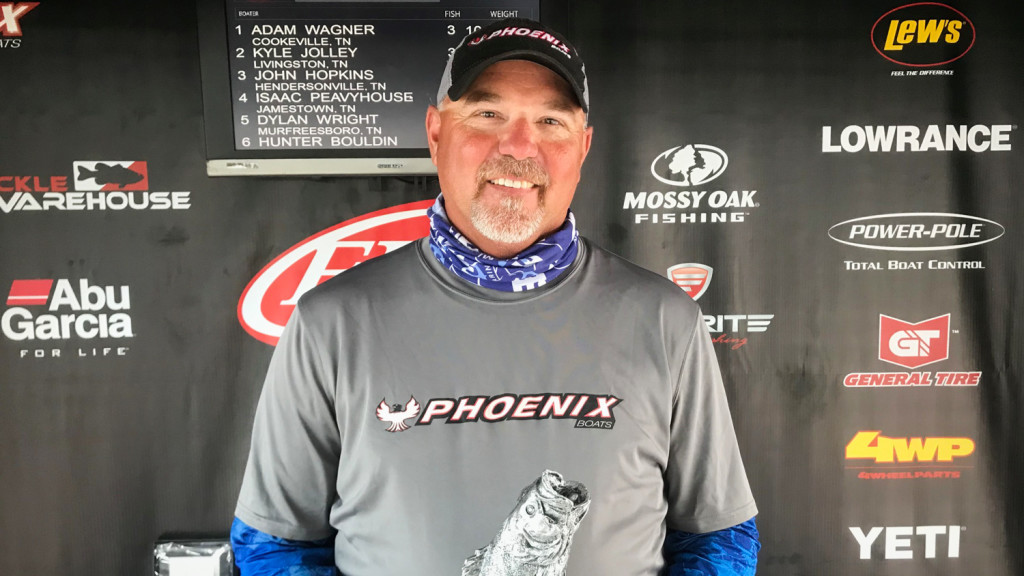 The tournament was the fourth of five events in the Music City Division presented by A.R.E. Truck Caps.

“It feels good to win another one – it never gets old,” said Wagner, the 2009 BFL All-American Champion who earned his 14th career Bass Fishing League win. “I was fishing down lake, all the way to the dam.

“I only caught four keepers on the day,” Wagner continued. “I caught them 30 to 50 feet deep. Of the three that I weighed in, I caught two on a 6-inch flutter spoon and one on a drop-shot rig.”

Peavyhouse caught a 4-pound, 3-ounce bass to add the day’s Boater Big Bass award of $365 to his winnings.

Fitzpatrick caught the largest bass in the Co-angler Division, a fish weighing in at 5 pounds, 1 ounce. The catch earned him the day’s Co-angler Big Bass award of $182.