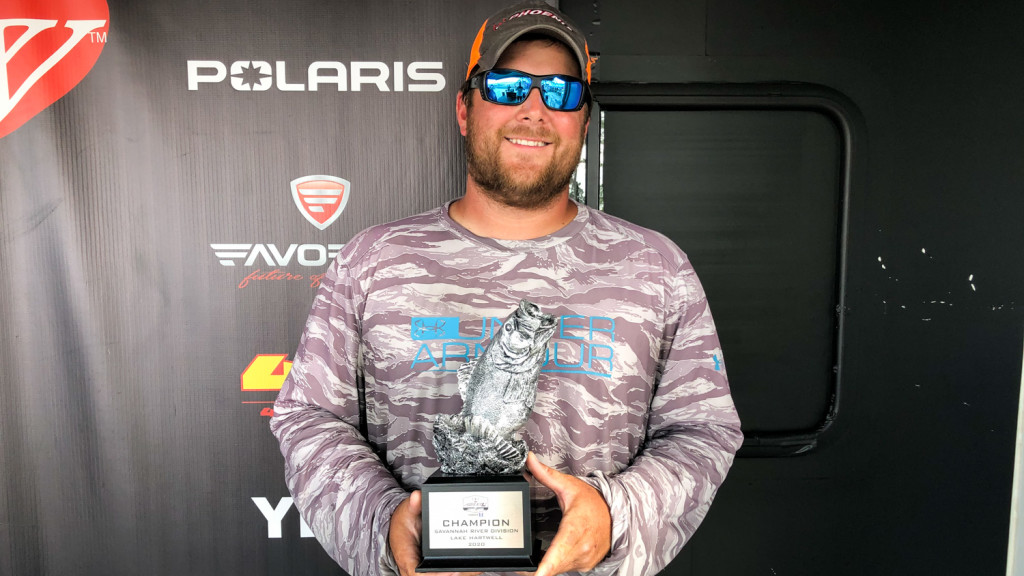 ANDERSON, S.C. – It was a double-header for weekend bass anglers this past weekend in Anderson with the Phoenix Bass Fishing League presented by T-H Marine on Lake Hartwell presented by Fish-Intel events.

“I ran about 6½ miles from takeoff and caught around two dozen keepers throughout the day,” Palmer said.

Bradley earned the day’s Boater Big Bass Award of $750 after bringing an 8-pound, 1-ounce largemouth bass to the scale.

Scott Allgood of Fair Play, South Carolina, was the highest-finishing FLW PHOENIX BONUS member and took home an extra $500. Boaters are eligible to win up to an extra $7,000 per event in each Phoenix Bass Fishing League presented by T-H Marine tournament if all requirements are met. More information on the FLW PHOENIX BONUS contingency program can be found at PhoenixBassBoats.com.

The top five co-anglers on Saturday were:

Tommy Cowart of Ila, Georgia, caught the largest bass in the Co-angler Division, weighing in at 4 pounds, 1 ounce and earned him Saturday’s Co-angler Big Bass award of $372.

“I ran up a lot of the rivers, and burned through 40 to 45 gallons of gas,” said Freeman, a former College Fishing angler for Clemson University. “I was due for a win. I finished second here in a college event, and second in a BFL on Hartwell last year, so I was ready to get a W.

“I mainly threw topwater baits – a Whopper Plopper and a (Heddon) Zara Spook out deep. I caught five keepers.”

Connor also caught the largest bass in the Co-angler Division, weighing in at 5 pounds, 14 ounces to add Sunday’s Co-angler Big Bass award of $350 to his winnings.

The 2020 Phoenix Bass Fishing League presented by T-H Marine Double-Header on Lake Hartwell was hosted by the Anderson Convention & Visitors Bureau. The tournaments were the third and fourth of five events in the Savannah River Division.