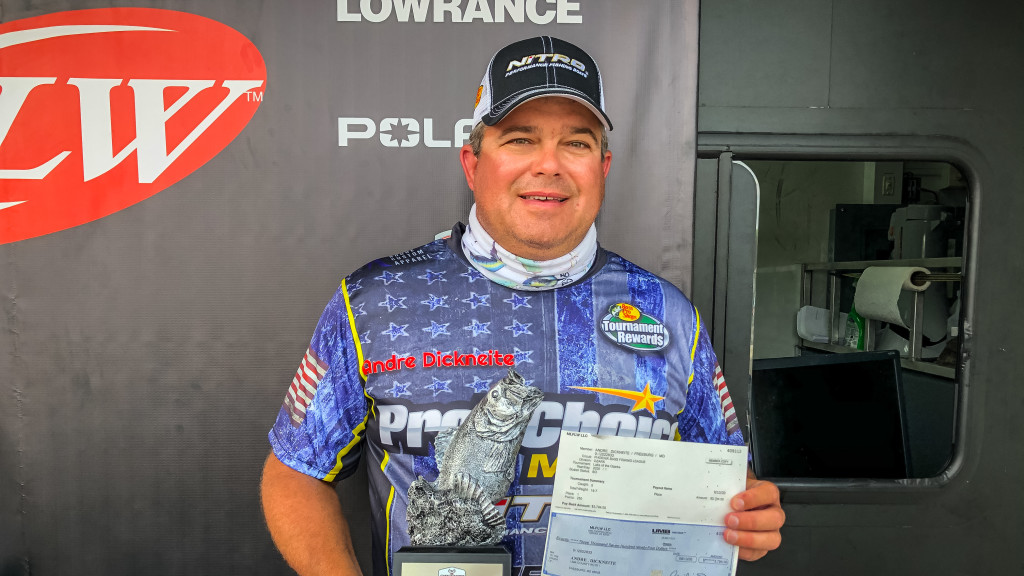 WARSAW, Mo. – Boater Andre Dickneite of Freeburg, Missouri, brought a five-bass limit to the scale Sunday weighing 18 pounds, 7 ounces to win the Phoenix Bass Fishing League presented by T-H Marine event on Lake of the Ozarks in Warsaw, Missouri. For his victory, Dickneite earned a total of $3,794.

The tournament was the fourth of five events in the Ozark Division presented by Tournament Anglers Group (TAG).

“My wife let me go fishing a few weeks ago on Labor Day, and on that trip I found the docks that I caught them off of today,” said Dickneite, who earned his fourth career tournament win in FLW competition. “I caught them on two different jigs. I have one combination that I use in dirty water, and one combination for cleaner water.”

With more big tournaments upcoming, including two Toyota Series events at Lake Dardanelle and Lake of the Ozarks in the next month, Dickneite declined to divulge the specifics of his jig.

Mark Landis of Ballwin, Missouri, caught the largest bass in the Co-angler Division, a fish weighing in at 4 pounds, 14 ounces. The catch earned him the day’s Co-angler Big Bass award of $247.