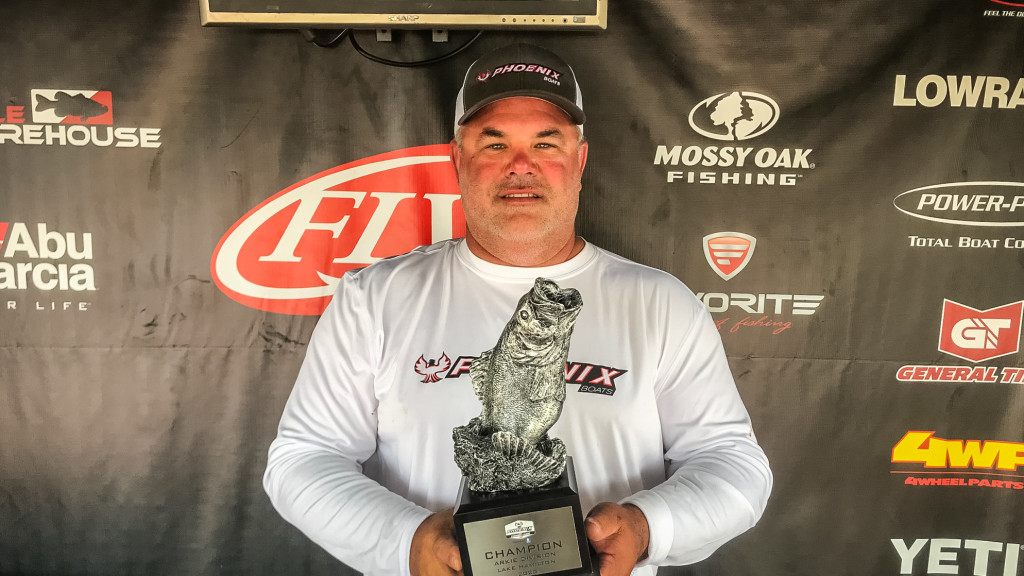 “There were a lot of great anglers fishing this event with a vast amount of experience on this lake, so it feels good to pull out a win,” said Houchin. “I was in second place at the end of day one and was worried about being so close to a victory and losing it. That would have been a hard pill to swallow, but it come through.

“I started out yesterday with a (River2Sea) Whopper Plopper and covered a ton of water fishing shallow, windy points, rock and brown grass,” Houchin continued. “I actually lost my fifth fish several times Sunday, but finished strong to bring home the fifth BFL win in my career.”

David Dam of Maumelle, Arkansas, earned the win in the Co-angler Division Sunday after catching a two-day total of eight bass weighing 16 pounds, 15 ounces. Dam earned $2,730 for his victory.

McCullar earned the event’s Co-angler Big Bass Award of $356 with a fish weighing in at 4 pounds, 6 ounces.

The 2020 Phoenix Bass Fishing League presented by T-H Marine on Lake Hamilton was the fifth and final qualifying event in the 2020 Arkie Division.

Now the top 45 boaters and co-anglers in the Arkie Division based on point standings, along with the five winners of each qualifying event, will advance to the Oct. 22-24 Phoenix Bass Fishing League Regional Championship on Table Rock Lake in Branson, Missouri, hosted by Explore Branson. Boaters will compete for a $60,000 prize package, including a new Phoenix 819 Pro bass boat with a 200-horsepower Mercury outboard and $10,000, while co-anglers will fish for a new 18-foot Phoenix bass boat with a 200-horsepower outboard.