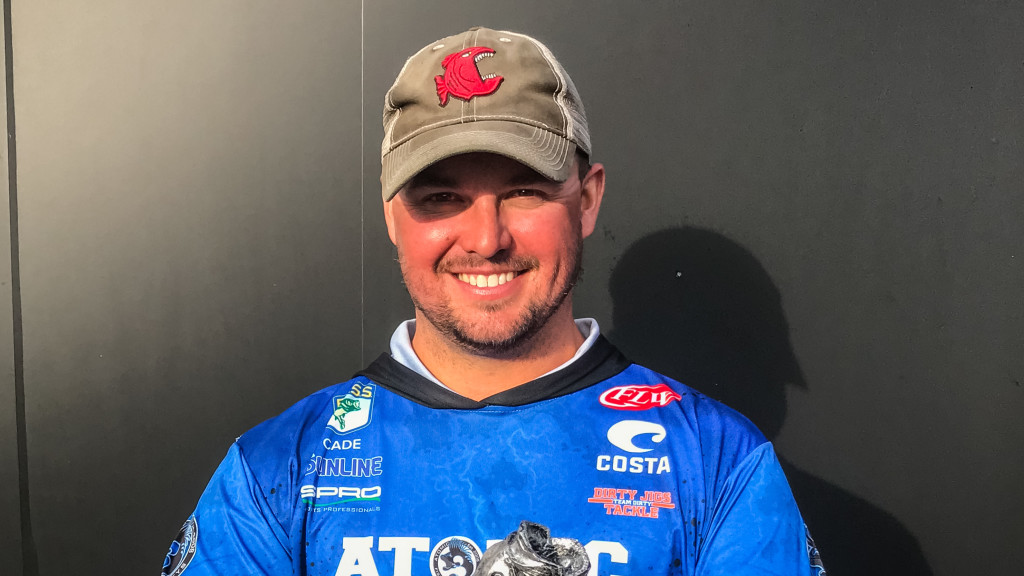 “I spent the entire tournament locking to Pools Seven, Eight and Nine, all of which were equally important,” said Laufenberg, a former College Fishing standout that has seven career wins in FLW competition. “That’s how I like to fish multi-day tournaments here and knew that’s what it would take to win.”

Laufenberg racked up more than 15 pounds per day consecutively, pulling in 18 pounds, 8 ounces on the final day to finish out his victory run.

“I had a terrible practice on Pool Seven, but I knew it had less pressure by the final day and I needed to make an adjustment if I was going to win,” continued Laufenberg. “I locked up to Pool Seven and caught my limit with a combination of smallmouth and largemouth.”

At that point, with a 14-pound-limit, he said he felt he could settle down and fish more strategically.

“I finished out the final day on Pool Eight, throwing a jerkbait on a Spro McStick and caught over 10 pounds within the last 45 minutes of the tournament.

“You have to weigh brown and green and roll with the changes,” continued Laufenberg. “The wind this week was terrible, which changed what the smallmouth were doing every day. But, those bonus largemouth were more consistent and definitely carried me to victory.”

“I’ve strived my entire life for this since I was 12 years old,” said Laufenberg. “ It’s amazing to win a boat that has a warranty on it and I’m looking forward to more big things in 2021.”

Burton took home an extra $500 as the highest finishing FLW PHOENIX BONUS member. Boaters are eligible to win up to an extra $7,000 per event in each Phoenix Bass Fishing League presented by T-H Marine tournament if all requirements are met. More information on the FLW PHOENIX BONUS contingency program can be found at PhoenixBassBoats.com.

The Phoenix Bass Fishing League presented by T-H Marine Regional Championship on the Mississippi River was hosted by Explore La Crosse. It featured the top pros and co-anglers from the Illini (Illinois), Hoosier (Indiana/Kentucky), Ozark (Missouri) and Michigan divisions.