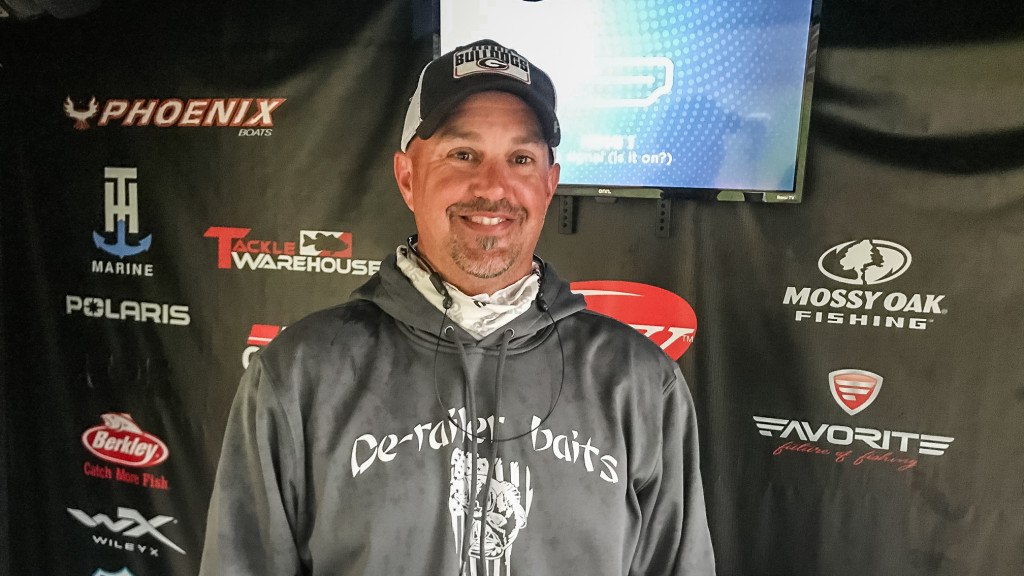 “I rotated between 8 to 10 places all three days, fishing brush piles on offshore humps in 25 to 30 feet of water from about mid-lake to the dam,” said Nelson. “I was mostly using a ½-ounce shaky head with a Zoom Magnum Swamp Crawler and had great success with it.”

Nelson said he caught fish the same way in practice as well and felt his victory ultimately came down to timing.

“I probably hit the same brush piles at that depth range two to three times per day, all three days,” said Nelson. “If they weren’t biting early, I could usually get bit later in the afternoon.

“The sunshine definitely helped that bite – I didn’t catch as many on the final day due to the cloud cover, but we still came out well in the end.”

“This is by far the biggest accomplishment I’ve had in my fishing career,” Nelson continued. “My primary goal was to qualify for the All-American and I got that done and am taking home a new boat, so I can’t ask for any more than that out of this tournament.”

Palmer took home an extra $500 as the highest finishing FLW PHOENIX BONUS member. Boaters are eligible to win up to an extra $7,000 per event in each Phoenix Bass Fishing League presented by T-H Marine tournament if all requirements are met. More information on the FLW PHOENIX BONUS contingency program can be found at PhoenixBassBoats.com.