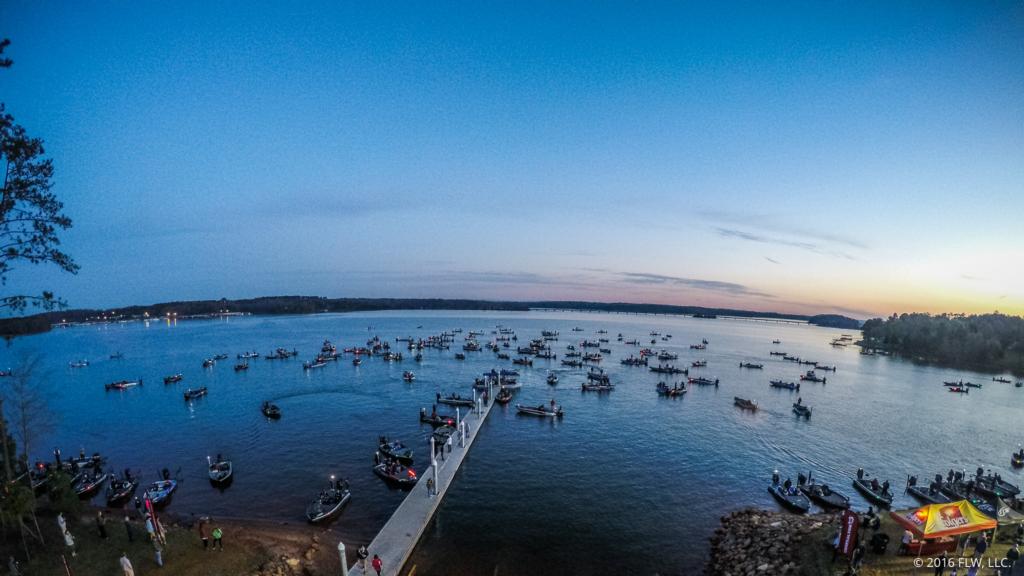 ANDERSON, S.C. – The best weekend anglers from across the nation will come together Nov. 11-13 for the 37th annual Phoenix Bass Fishing League presented by T-H Marine All-American presented by TINCUP on Lake Hartwell in Anderson, South Carolina. The three-day no-entry-fee event – hosted by Visit Anderson – features a boater/co-angler format, with lucrative payouts and serves as a stepping-stone for anglers to advance to the 2020 Toyota Series Championship.

The 2020 All-American will feature a field of the top 55 boaters and 55 co-anglers from across the 24-division Bass Fishing League, The Bass Federation, Abu Garcia College Fishing presented by YETI and High School Fishing presented by Favorite Fishing, all competing for a grand prize of up to $120,000 in the boater division, including a lucrative $20,000 FLW PHOENIX BONUS contingency award, and $50,000 in the co-angler division.

Additionally, the highest-finishing boater and co-angler from each of seven Regional Championships (including the Wild Card) at the All-American will advance to the 2020 Toyota Series Championship for a shot at winning $235,000 and $33,500, respectively.

Although the fishery has never hosted an All-American, Lake Hartwell has hosted numerous major bass-fishing tournaments throughout the years, providing a venue that showcases intense competition, excellent community support and high numbers of solid limits.

“There isn’t anything in Lake Hartwell that doesn’t have fish on it right now,” said Tackle Warehouse Pro Circuit angler Troy Morrow of Eastanollee, Georgia, who was the 2010 All-American champion. “Everything on the fishery is going to be in play, but the fish are spread out, which means catching five quality fish may prove to be a little tricky.

“With the temperature consistently in the 60s, the winter bite won’t be in full effect, so I expect to see several different tactics – from topwater fishing in the backs of creeks to fishing in 40 foot of water on the main lake.”

Morrow said he believes versatility is the key to earning the win on this fishery, and expects the 2020 All-American champion will weigh in 13 to 14 pounds per day.

“It’s probably going to take a combination of largemouth and spotted bass to pull out the win,” Morrow said. “If the topwater bite happens, flukes and pencil poppers may come into play. I also expect to see large numbers caught fishing a drop-shot around offshore brush piles, flipping jigs and creature baits in laydowns or bushes, and a shaky-head-rig or small crankbait on intermediate points.”

All-American competitors will take off from Green Pond Landing, located at 470 Green Pond Road in Anderson, at 7:30 a.m. EST each morning, Nov. 11-13. Weigh-in will be held at the landing at 4 p.m. daily. Attendance is limited to anglers, family and essential staff. Fans are encouraged to follow the event online through the daily coverage, live blogs and photos at FLWFishing.com.

FLW Live weigh-in coverage will be streamed daily on FLWFishing.com. Television coverage of the 2020 Phoenix Bass Fishing League presented by T-H Marine All-American presented by TINCUP will premiere Jan. 2, 2021, on the Outdoor Channel, Jan. 4, 2021, on the World Fishing Network and will also be prominently featured in the FLW television series on YouTube.com/FLWFishing.

The full field of anglers will compete on Days One and Two of the event, with the top 10 boaters and top 10 co-anglers based on cumulative weight from the first two days continuing to the third and final day. The 2020 All-American champions will be determined by the heaviest three-day total weight.