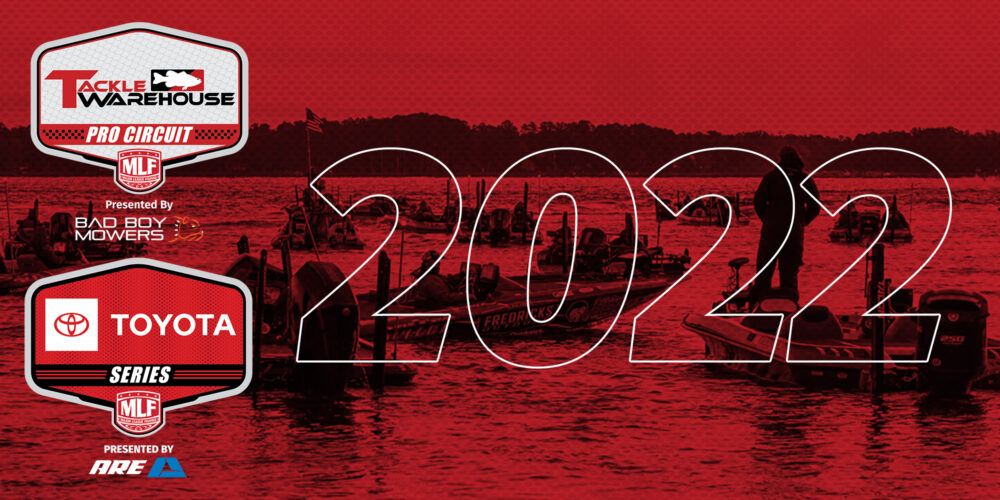 The 27th season of the MLF Tackle Warehouse Pro Circuit (formerly FLW Tour), professional bass fishing’s premier five-fish limit circuit, will feature six regular-season stops showcasing the best anglers in the world competing for thousands of dollars across the best bass fisheries in the United States. The 2022 season will culminate with the Tackle Warehouse Pro Circuit TITLE, in which 50 anglers will qualify – the top 48 finishers in the Pro Circuit Angler of the Year standings along with the reigning 2021 TITLE Champion and the 2021 Angler of the Year.

“We’ve got some great momentum as we near the end of a very successful 2021 season and we look forward to carrying that momentum into 2022,” said Kathy Fennel, MLF Executive Vice President and General Manager. “Our team has put together a pair of great schedules that I know will have our fans and anglers excited – a nice mix of some of our historic venues along with a few fisheries that we haven’t visited in a while. Our MLF anglers are the best in the world, and we look forward to providing our world-class tournaments to them again in 2022.”

“The Town of Massena is excited and proud to be selected for the 2022 Tackle Warehouse Pro Circuit TITLE Championship,” said Don Meissner, Massena Tourism Promoter. “After years of working to promote our community, Massena is now being recognized as one of the most beautiful fishing destinations in the United States. On behalf of all of the communities in the North Country, we can’t wait to host the TITLE anglers that will visit us in upstate New York.”

Also announced Thursday was the 2022 MLF Toyota Series schedule, which kicks off its regular season in early February at Lake Okeechobee in Clewiston, Florida, and runs through late September when it wraps up at the St. Lawrence River in Massena, New York.

Hosted by the Mountain Lakes Chamber of Commerce

Hosted by Charles County Board of Commissioners

Hosted by the Sedalia Convention and Visitors Bureau & Visit Benton

Hosted by the Clarendon County Chamber of Commerce

Hosted by the Jasper-Lake Sam Rayburn Chamber of Commerce

Hosted by the Jasper-Lake Sam Rayburn Chamber of Commerce

Hosted by the City of Clearlake