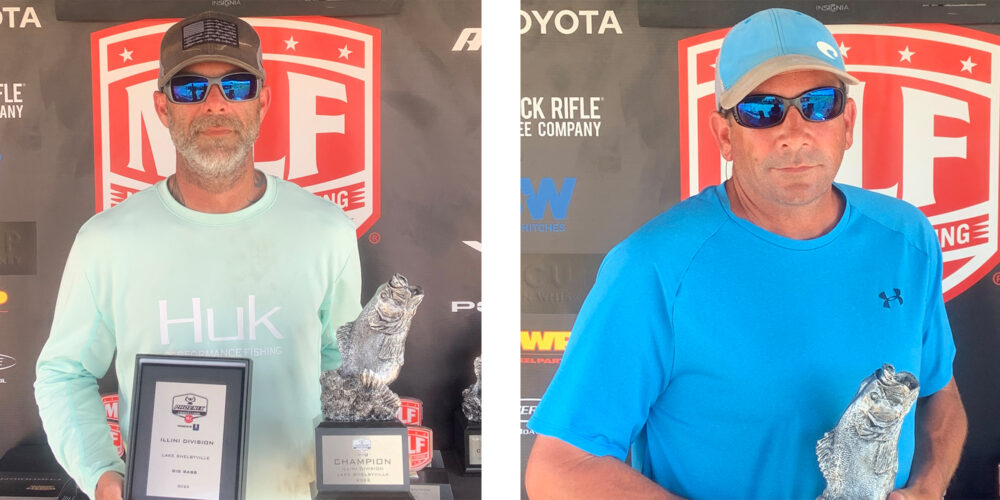 “This tournament was a hot grind,” Davis said. “My original plan did not pan out, so I went with Plan B that I had found the week before – fishing spawning and postspawn fish, and that paid off.

“I was going back and forth between shallow and deep fish,” Davis said. “I was slow-rolling a spinnerbait near the bottom. Everything I was getting was just subtle bites; they weren’t hitting very hard at all. It was just a reaction bite. I could get them fired up for about 10 minutes and then go two hours without another bite, then get them fired back up for about 10 minutes. It was tedious.”

Davis said he fished three different areas up-river on Lake Shelbyville, and his slow-rolling technique focused on water about 20 feet deep and produced four keepers in the livewell. Davis said he lost four other keepers during the tournament.

“I feel humbled and blessed to win this,” Davis said. “I’ve been fishing the BFL events for four years now with only one Top-10 finish. To win on a lake I’m not too familiar with is great. Everything just lined up right for me.”

Davis had a largemouth that weighed 6 pounds even that was the heaviest of the event in the Boater Division and earned the day’s Berkley Big Bass Boater award of $590.

Westley Smith of Bridgeport, Illinois, caught the largest bass in the Co-angler Division, a fish weighing in at 4 pounds, 1 ounce. The catch earned him the day’s Berkley Big Bass Co-angler award of $290.